From bastard to bishop 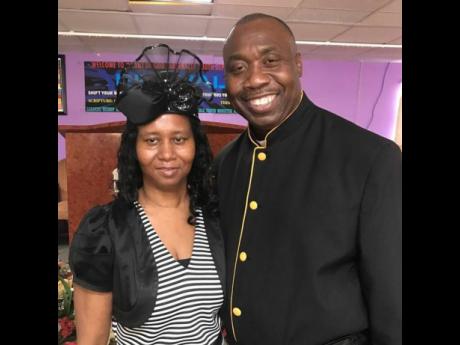 Today, Pastor Martel Cole is the founder and overseer of the Mount of God Tabernacle Ministries with 12 churches – three in the United States of America, seven in Jamaica, and two in Belize.

He has come a far way from that insecure child who bore the stigma of being a bastard child – born out of wedlock to a married man.

When Cole started to feel the effects of the circumstances of his birth, he began to rue the absence of his father in his life.

“I wrestled with my existence. I was disappointed and hurt when I saw a nuclear family with a mom and dad at the homes of my friends and other family members. It was something that I yearned for but did not have,” he shared with Family and Religion, recalling how he missed out on not having a father to play a game with or even just to have a conversation with and how much that hurt.

He said the pain was dulled by his mother and siblings who tried to fill the void – something he is thankful for today.

But even with all that, he still had to endure the teasing of older children in his Amity Hall, St Thomas, community who tried to make him feel bad, but said he was smart enough to ignore them.

Cole is giving God thanks for his stepmother because despite the conditions of his birth, and a father who did not take care of him, she opened her heart to him and allowed her husband to file for him to migrate to the United States.

However, for Cole, the experience of leaving his “comfort zone” presented many challenges.

“Amity Hall is where I had family and friends and all of the comforts of home. I experienced culture shock when I moved to America. Everything was different and some things new – for instance, figuring out how to live with my father and stepmother. Do I call him dad? What do I call my stepmother? It took some time to adjust, and it was not at all easy,” he reminisced.

The year 1983 stands out in Cole’s mind as it was the year he had a conversation with his father that challenged him. After his father told him he would never make it on his own, he remembers his response in asking his father if he knew the man called Jesus as he confessed his faith and trust in Him.

Cole testified of how God showed up in his life and allowed him to marry and file for his wife of 39 years, Melinda. The couple has been blessed with three children and four grandchildren.

Through their ministry, Mount of God Tabernacle Ministries, the couple gives back to the community where they had their humble beginnings.

“We’ve built a community library with an Internet cafe and a church in my old community of Amity Hall. The library, for me, represents an opportunity to reach children and young adults. Although we have adult classes as well, it is an opportunity for, perhaps, a ‘bastard’ child somewhere to have a sense of belonging,” Cole shared.

In addition to that, the couple has sponsored several children by providing lunch and transportation for them as well as hosting an annual back-to-school programme where school items are made available for children in and around the community.

Bishop Cole has now chronicled his life’s experiences in a recently released book titled My Journey to America: From Bastard to Bishop.