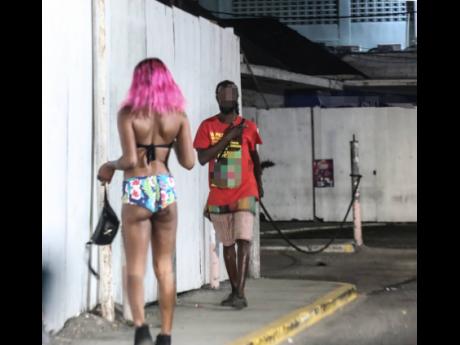 Calls for a red-light district to be established along the Jimmy Cliff Boulevard in Montego Bay, St James, have triggered stout resistance from Councillor Charles Sinclair.

The government senator slammed Montego Bay Chamber of Commerce and Industry (MBCCI) President Janet Silvera for advocating for the regulation of sex work in the tourist capital.

Sinclair, councillor for the Montego Bay North East division, said that the $150 million Silvera proposed for the building out of the sex trade would be better spent investing in more gainful activity.

“I was taken aback because I was saying that as a female, instead of advocating first to say ‘let us create a red-light district,’ why not seek to improve a woman’s morals and decency? You should be saying, ‘Come, let us get you into something that can advance you as a woman’,” Sinclair said at the monthly meeting of the St James Municipal Corporation on Thursday.

Describing women as “the backbone of Jamaican society”, he praised them for outdoing men in many industries and for staking their claim in male-dominated occupations.

“What I am saying at this point is that instead of chatting up your mouth, come and sit down with something constructive,” said Sinclair, challenging Silvera.

Insisting that her proposal was made as a businesswoman and not on behalf of the MBCCI, Silvera urged Sinclair to champion the rights of Montego Bay women, particularly those who have turned to sex work because of male-partner violence.

She is lobbying for further dialogue with the senator about what she said was the worsening reputation of the Hip Strip as “a sleazy pick-up joint”.

“I am moved to remind our esteemed senator that ad hominem attacks have no place in strategic planning and nation-building. Montego Bay deserves the attention of all stakeholders as we search for a solution to mitigate the unsafe conditions under which sex workers, male and female, operate,” said Silvera.

Back in 2013, prominent western Jamaica businessman Davon Crump, a former president of the MBCCI, called for the legalisation and regulation of prostitution in designated areas.