Suspects nabbed in killing of elderly ex-disc jock in Trelawny 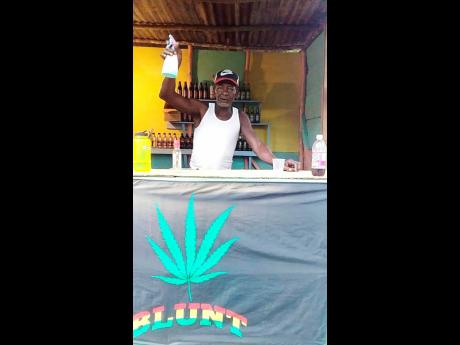 Contributed
Glenford Henry, retired entertainer who was gunned down in Trelawny on Monday.

A 63-year-old former disc jockey was shot and killed at his gate in Friendship, Trelawny, shortly after 10 a.m. on Monday while three men, believed to be his attackers, were held by the police. An illegal firearm was seized.

The deceased has been identified as Glenford ‘Neco Ranking’ Henry, of Kitchen Crescent, in Friendship, a small district in Wakefield.

According to reports, Henry’s son got involved in a heated argument with three men, who accused him of being an informant. Shortly after, Henry was standing outside his gate when the men, who reportedly reside in proximity to his home, approached him. One of the men brandished a handgun and opened fire.

Henry was hit several times. His son, who was standing close by, also came under attack but fled.

Residents and relatives gathered outside Henry’s house expressed outrage at the brutal killing.

“Dem kill di big man fi nutten. All a we deh yah suh a one big family, an’ because dem tek up dem scamming and a bring in dem gunman friend inna the community, dem a brand Neco Ranking and him son seh dem a informer,” a resident said.

Superintendent Carlos Russell, commander of the Trelawny Police Division, said that law enforcers acted swiftly in apprehending the suspects and confiscated a .45 pistol, which is believed to be the murder weapon.

“This is a very unfortunate situation where an elderly man who attempted to quell a dispute between his son and neighbours ended up being shot to death,” said Russell.

Russell said that the police were studying information that the men behind the shooting may be involved in the lottery scam.