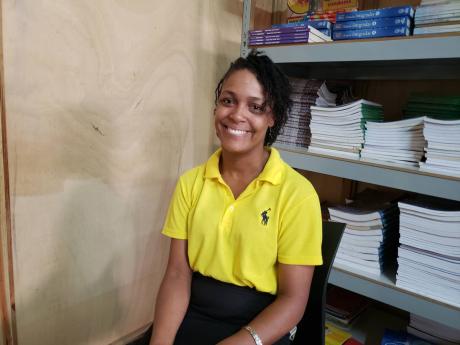 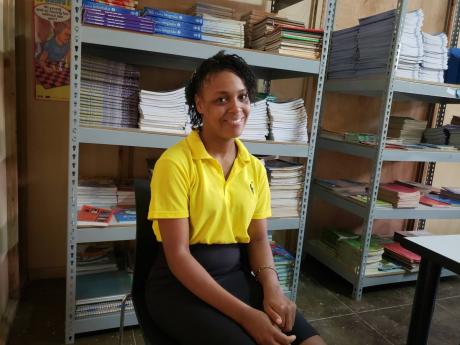 Hampered by a disability that prevents her from freely moving around as she would like, Amoy Bascom is having a hard time emerging from the miry clay in which she has been living all her life.

The 31-year-old St Thomas woman shared that she has been struggling with a deformity that affects her limbs, robbing her of the ability to stand upright.

Her challenge affected her ability to obtain early education and thus, her prospect of landing a substantial job.

“I am a twin and my brother rested on me when we were in the womb. As a result, my muscles and nerves were affected, which impacted my childhood. I didn’t get the chance to go to school. I used to cry every September morning when I see everyone going out in their uniforms and I am at home doing nothing,” Bascom said.

She didn’t lack affection, though, as according to her, her family treated her well and with great care. Her twin brother, who has been blamed by many for her misshapenness, now lives overseas, but maintains a good relationship with her.

“I’m only sad that I didn’t get the chance to go to school. I love my brother and I always tell people that it is not his fault. We didn’t have any control over what happened and that God knows best. He helps me when he can and I am grateful for him.”

On a mission to improve herself, Bascom said she went in search of a voucher to start a business, but was met with a kind rejection that would set her on a new path.

“When I went, the lady there asked if it was because I was like this that I wanted to go and sell in a shop, and I told her not really. She asked why I don’t go on the summer programme, and I told her that I didn’t go to any school at all. She said she was not going to give me the shop unless I plan on putting someone in there to support me while I go to school,” Bascom said, adding that she was then introduced to the Jamaican Foundation for Lifelong Learning centre in Lysson, St Thomas, and with the support of a friend, was able to register.

Determined to conquer academic hurdles, Bascom said that she has been trusting God to provide her daily expenses, including the fare to and from classes.

And despite all her challenges, on the top her prayer list is a job to support herself.

“I want to further my education … I’m not only here to learn how to read and write, but I want to do at least five CXCs so I can go to college. I don’t need donations; all I want is a job to support myself educationally.

“I’d like to get a job as a desk worker or at a basic school … any type of job that I can do seated. I worked with the HEART Empowerment Programme for six months and I have since been reaching out for something else. I sent out a lot of applications, but I get no call, and it really makes me feel discouraged. Even though I have no CXC subjects, I am trying to achieve what I want and I know if I get the chance to work, I will elevate myself,” Bascom said, adding that she has experienced several incidences of discrimination while on the job hunt.

Her math teacher, Enwar Burton, believes in her ability to contribute to the labour force.

Sharing his recommendations, he said, “I have been teaching Amoy for the past two years and she is always eager to learn, and normally does fairly well in class. Despite her disabilities, she hasn’t been absent from school, and she tries to make every effort to understand what is being taught in class. Her writing may be challenged because of her disabilities, but she is able to do work using smart devices, and so far that has been doing fairly good. There are areas that I think she will be able to fit in. A desk job would be appropriate.”