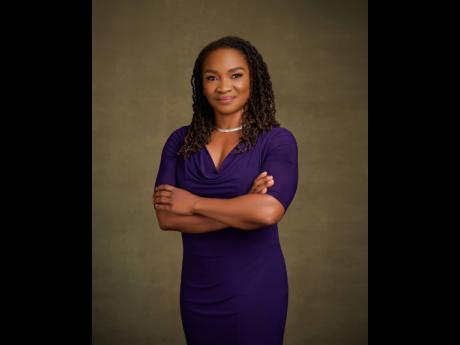 Dionne Sinclair, who has made history by being named vice-president of Complex Care & Recovery & Chief Nursing Executive of Ontario’s largest mental health facility, the Centre for Addiction and Mental Health (CAMH), is one of the few black women in Canada’s healthcare system in such a position. 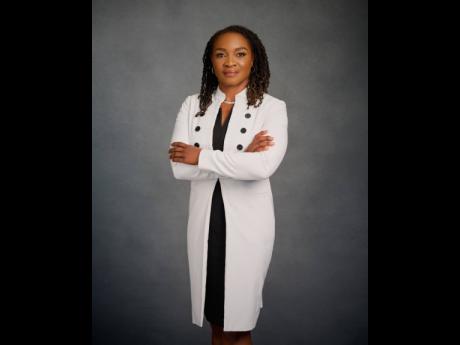 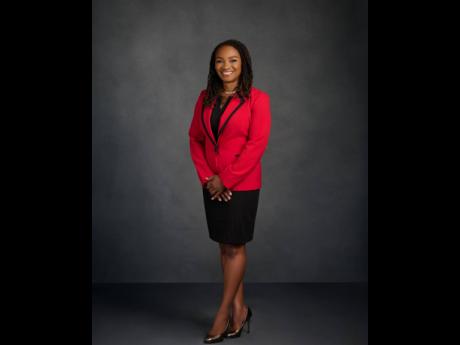 At age nine, Dionne Sinclair was told by her Jamaican primary school educator, ‘Teacher Thomas’, that she was her “Scholarship Girl”, and that title directed her life throughout her illustrious career in the medical field in Canada.

Sinclair, who has made history by being named vice-president of Complex Care & Recovery & Chief Nursing Executive of Ontario’s largest mental health facility, the Centre for Addiction and Mental Health (CAMH), is one of the few black women in Canada’s healthcare system in such a position.

On July 26, she steps into her new position, where she will have 3,000 people reporting to her, while managing a budget of C$92 million.

Making the massive move to CAMH straight out of the Southlake Regional Hospital, Toronto, where she served as Multi-site Director in Diversity and Cultural Advancement, identifying gaps and developing strategies to create more just and equitable workplaces, the Resort, Manchester-born nurse, who holds a master’s in healthcare management, was forced to leave Canadian high school in 10th grade because of her accent; instead, she was told to take up vocational training.

Had it not been for Teacher Thomas’ influence, which spurred Sinclair’s determination, the advice from her Canadian high school guidance counsellor that she was not college or university material would probably have been realised, but scholarship-oriented students are not easily dissuaded, particularly if they are coming from a solid foundation, and Sinclair had that in her favour.

“We were told to get our education in high school, so we, my brother Steve and I, were put in a technical school in London, Ontario, called HB Beale. I went into practical nursing and he did sheet metal work,” Sinclair told The Sunday Gleaner.

Hearing that the only education she could qualify for was high school was something Sinclair said never occurred to her at the time.

“An adult saying I am going to be done in high school and I never had to do any more school, I thought, ‘wow, what a sweet deal’,” she recalled.

The black and Caribbean students were not alone, though. Anyone who didn’t speak ‘English’, such as the Asians, were put into dry cleaning and the Spanish into the hospitality sector so they could change the sheets in the hotels. This was the 1980s in London, Ontario, where Sinclair’s parents moved to from Jamaica.

But, like a true trojan, the five-feet-four-inches tall woman did exceptionally well in the Registered Practical Nursing (RPN) programme, actually topping her class and went further, outpacing her peers in the provincial exam to get her nursing licence, inspiring an unbiased teacher who recommended her to a diploma class at Fanshawe College.

And that was all the encouragement Sinclair needed to become a registered nurse. Of course, the stumbling blocks were not out of her way. She had to tutor herself in 11th, 12th and 13th grade physics, biology and chemistry, because she had only made it to high school.

No easy nut to crack, her tenacity and diligence paid off, and today she quips about the struggle “dissecting the mitochondria (membrane-bound cell organelles that generate most of the chemical energy needed to power the cell’s biochemical reactions) into something, something”.

Entering two years of college at the University of Western Ontario without the requisite subjects, Sinclair still graduated with a 95 per cent average, “because I am Teacher Thomas’ scholarship girl and I could not fail”.

By then she had become a mother of two, and knowing their future was in her hands, she said failure was just not an option. Her parents were their guardian angels and like Jamaican families are renowned for, helped with the kids, while Sinclair was awarded her Bachelor of Science in Nursing.

The country girl from the cool hills of Manchester, where today the mangoes fall from the trees during season because there aren’t enough mouths to eat, graduated with her BSc, and immediately decided she couldn’t go back to bedpans in the hospitals.

It has been upward mobility since. She worked in the prison system as head nurse, taking the first institution she handled out of paper into automation. Within a few years, the Ministry of Corrections saw her worth and transferred her to Ottawa to set up an infirmary on a hospital wing inside the jail there.

Slowly, Sinclair became an agent of change in every environment she was placed, and because she was ambitious she couldn’t settle for anything that seemed stagnant. She had climbed the highest ladder in the system as healthcare coordinator and moved on next to the Royal Ottawa Hospital as a supervisor.

Again, she knew what she could bring to the table and in two years in quality improvement, she helped them through successful accreditation. Her next stint was at Humber River Hospital, where she met her mentor, Paula Villafana, director of mental health and addictions at the medical facility.

The rest is history, she said. “Paula saw my potential and she gave me a lot of leadership development, by coaching me and encouraging me when I decided to leave to become a director elsewhere.”

Sinclair moved into the world of directorship and started her first post in this new realm as director of complex care at St Vincent Hospital, where she had 330 beds, and managers and supervisors reporting to her directly.

At age 53, this Jamaican girl has shattered all the ceilings ever hovering over her head.