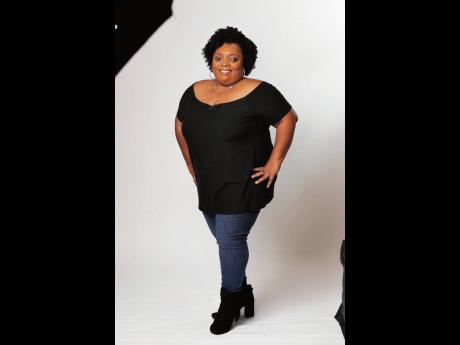 Contributed
Kristen McKenzie today, confident in the knowledge that she is God’s masterpiece. 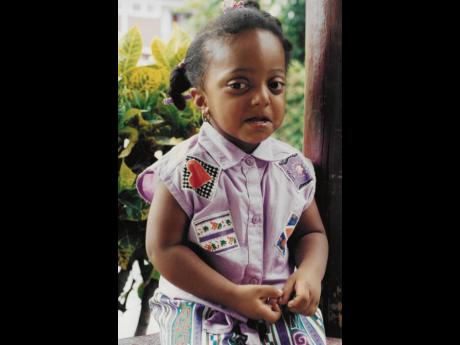 Contributed
A young Kristen who suffered at the hands of those who teased and bullied her.
1
2

Kristen McKenzie knows a lot about feelings of imperfection. In fact, time and again she has asked the Lord why he hadn’t made her “perfect” as she looked into the mirror and saw what she deemed an imperfect face.

It didn’t help that throughout her life she had to be tough as she was teased and harassed for having a face that was ‘different’.

“I reconciled being a target by spending my days trying to find my joy in the lives and routines of others, regardless if that meant going against my personal values and beliefs to gain acceptance, and to heal those scars from years’ worth of stones. I eventually found out the hard way that I wasn’t created to fit in, but was born to stand out,” McKenzie shared with Family and Religion.

It was that discovery that propelled her to pen her first book, God’s Exotic Masterpiece: Born to Stand Out, as she chronicles the “dreadful, emotional, yet impactful story on her journey dealing with a rare genetic condition called Crouzon Syndrome”.

Crouzon is medically defined as a rare genetic disorder characterised by the premature fusion of certain skull bones (craniosynostosis). This early fusion prevents the skull from growing normally and affects the shape of the head and face. Because of the condition, her eyes were more protruding and her jaws were misaligned – the upper was pushed in further behind the lower – and she had an extremely narrow nasal passage, which made breathing at nights extremely difficult.

“It made a restful night’s sleep a privilege I could only dare to dream about. Despite the challenging health issues I was plagued with, I was an active basketball player at The Queen’s School, playing my heart out on the court and writing my heart out off the court,” McKenzie said, stating that writing soon became her avenue for escape from the heartache of bullying.

Still, writing did not prevent her from trying to end her life as the pressures of being teased and bullied were too much for her to bear. However, today she gives thanks for that failed attempt at committing suicide, as she said the few convenient interruptions saw her deciding to give life a second chance as she headed to university.

McKenzie was pleasantly surprised when she realised that, because the students at university were more mature than those at high school, they unreservedly accepted her for who she was.

However, this, too, proved problematic in its own way because she said that, in order to fit in, she found herself doing everything that they did.

“For the four years I was there, if they went to parties, I tagged along; some had additional ear piercings and tattoos, so I pierced and scarred my skin too, to prove to myself that I belonged. All in an effort not to stand out as I did in high school. However, I didn’t love the person I was, or even knew who I truly was, for that matter. I hated myself. I couldn’t grasp the concept of loving something that received so much vitriol for so long, for no reason,” she said.

Following the death of her sister in 2016, McKenzie said her soul was shattered and she hit rock bottom and did not know how to pick up the pieces.

In the middle of her meltdown, she was encouraged to seek professional help, not just to deal with her grief, but also to address the lifelong scars from her past that she swept under the rug.

“While I was scouring for counsellors, I came across a pastor from a local church. I took the arbitrary encounter as an invitation to ask for what I needed. As it turned out, the church had the perfect answer. The counsellor opened my eyes and heart wide open to God’s love and purpose for me, as unique as I am, simply with an introduction to Psalm 139:14-16. With head towards the sky, tears rolling down my cheeks, I finally realised that God didn’t make a mistake by making me this way, and I felt like a fool thinking otherwise,” she stated.

McKenzie said Psalm 139:14-16 became her daily mantra as she stood in front of her reflection. God gave her a fresh start to learn to love herself in a way that was free from judgements or opinions. She could finally embrace the fact that she is God’s exotic masterpiece.

McKenzie who holds a bachelor’s degree in communication arts and technology from the University of Technology, said the book bares it all and no stone is left unturned.

“The most intimate and vulnerable pieces of my past will turn out to be a source of inspiration for those who are unaware of how to navigate living with challenges. It is my desire to encourage the ones who feel like they don’t belong, to not be afraid to be exactly who they are and be bold enough to stand up and stand out on their own. With God at the centre, we can smile at any storm we face,” she shared.