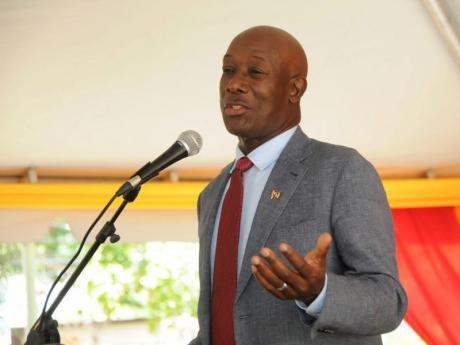 PORT OF SPAIN, Trinidad, CMC – Prime Minister of Trinidad and Tobago, Dr Keith Rowley, on Sunday said that the Caribbean Community (CARICOM) grouping should feel insulted by a statement released by a group of international diplomats regarding the political situation in Haiti, where armed gunmen shot and killed President Jovenel Moise during the early hours of July 7 at his private residence.

Since the assassination, the French-speaking CARICOM country is being led by Interim Prime Minister Claude Joseph, who Moise had sacked two days prior to his murder.

Moise had replaced him with Ariel Henry, the seventh prime minister since Moise came to office in 2017.

“He will have to form a government of openness including the vital forces of the nation, solve the glaring problem of insecurity and support the Provisional Electoral Council (CEP) for the realisation of the general elections and the referendum,” President Moïse had said then.

The key group of diplomats, known as the “Core Group” and representing countries such as Germany, Brazil, Spain, the United States, France, the European Union and representatives from the United Nations and the Organization of American States (OAS), appeared to snub Joseph and urged that the designated prime minister be allowed to form a government.

The group also called for a “consensual and inclusive government,” adding “to this end, it strongly encourages the designated Prime Minister Ariel Henry to continue the mission entrusted to him to form such a government”.

But in a statement posted on his Facebook page, Prime Minister Rowley, who until earlier this month was also the chairman of the 15-member CARICOM, said that the statement by the Core Group “is not just about a snub for Joseph.

“The real snub and outright insult is the absence of even a mention (far less recognition in any form) of CARICOM. Haiti is a full member of CARICOM, its largest member, and this lack of recognition and involvement combined is an insult to all of us, coming from those who designate themselves the “Core Group,” Rowley said.

“By our own actions of kowtowing and genuflecting to those who see us as unworthy and irrelevant, we have continuously contributed to our own demise,” he wrote, adding “we are either a respectable CARICOM or we are fawning vassals deserving of such disrespect.”

Rowley said that he has maintained to his “colleagues and brothers and sisters, that we might be small but ought never to accept being insignificant and inconsequential.”

The Haitian authorities have already indicated that the first round of elections will be held on September 26, with a second round set for November.

The United Nations Special Representative for Haiti has already acknowledged the legitimacy of Prime Minister Joseph to lead the country and welcomed his government's commitment to hold national elections later this year.

Helen La Lime, who also heads the UN Integrated Office in Haiti (BINUH) said the prime minister, who now leads the government in line with the country's constitution in the event of a sitting president's death, was committed “to dialogue, and to continuing with a process to hold elections according to the electoral calendar that was released just last week.”

Last week, Antigua and Barbuda Prime Minister Gaston Browne, who is also the CARICOM chairman, and St. Vincent and the Grenadines Prime Minister Dr. Ralph Gonsalves, hinted at the possibility of the elections taking place too soon, given that Haiti election machinery was not yet in a state of readiness.

Both men also spoke out against the possibility of any military involvement in Haiti, with Prime Minister Browne adding that the final decision rests with Haitians themselves even as he cautioned that international agencies and countries should not try to meddle in the politics of the country.

“I think that any intervention would have to be at the invitation of the Haitian people. I think what is important here is for CARICOM to take the lead with the support of the international community to help the Haitian people to come up with an indigenous solution.

“We have to be very careful that we do not appear as though we are meddling in the internal politics of Haiti,” Browne, said acknowledging that the country “has had its issues and there are lots of suspicion involving various organisations and countries…”

Browne said CARICOM would have to coordinate its efforts with other international stakeholders in dealing with Haiti “providing some leadership in helping the Haitian people to come together and put an interim government in place, while at the same time putting structure in place to strengthen the institutional arrangements so that they will have a functional governance and electoral machinery in order to ensure that credible elections will be held in the shortest possible time”.