Children being abused in their own homes

Not only men, but women are also perpetrators, says children’s advocate 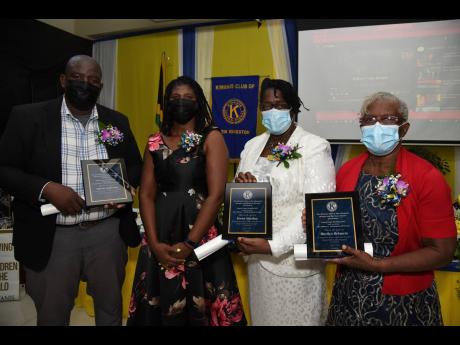 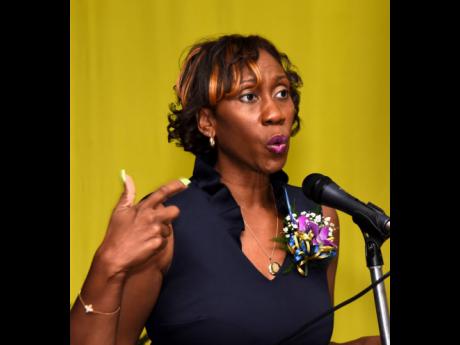 Reported allegations of sexual abuse committed against children, although seeing a decline in 2020 over 2019, has prompted children’s advocate, national rapporteur and specialised justice expert Diahann Gordon Harrison to call for an expansion of the narrative on child abuse.

Even though the figures collected by the National Children’s Registry (NCR) for 2019 and 2020 are not yet collated, Gordon Harrison placed the focus on child sexual abuse in their own home, while highlighting other forms of child abuse that are affecting children.

“If the question was to be asked, where are our children being abused? The sobering answer would be, in their own homes,” said Gordon Harrison. She was addressing Saturday’s Kiwanis Club of New Kingston annual prayer breakfast and awards ceremony, held at the Police Officers Club on Old Hope Road in Kingston.

In the first face-to-face meeting at their Police Officers’ Club since the pandemic, the main highlight of the prayer breakfast was the honouring of three educators with a combined 143 years of dedicated service to early-childhood education. Prayers of intercession by pastors from various denominations and Kiwanis Club members were offered up for children, parents, teachers, women and the nation.

Gordon Harrison predicated her insistence for more dialogue using 2012 figures which showed that a total of 1,147 children were abused in their own homes, compared to 10 who were abused in deserted locations, and another 472 reported to have been abused at the offenders’ homes.

The NCR, however, has released figures of reported allegations of sexual abuse against children, showing that in 2019 there were 3,124 reported cases, compared to 2,481 in 2020.

“What these statistics tell us is, gone are the days when we would tell our children, don’t talk to stranger, because he is the one that will harm you. Don’t walk on a deserted road, because it is the man lurking in the bushes who is going to pull you aside and harm you. We now have to expand that narrative to tell our children to learn to trust their instincts,”Gordon Harrison said.

She continued, “So if a family member is making you feel uncomfortable, you move away from that family member and tell somebody else who can give you the support you need.”

Gordon Harrison noted that sexual abuse against children are not limited to men alone, because report is there to show that women are sexually abusing children also.

“This means we now have to widen the dialogue; children are being harmed at the hands of those in which they have invested much trust,” Gordon Harrison said.

She added, “What is equally significant is not only are these children been violated, but the seriousness of the situation is compounded by the accompanying acts of reported intimidation for them to keep quiet about it.”

Gordon Harrison asserted that not only are these children victims of rape and carnal abuse, but murders and shootings as well. Some, she revealed, are perpetrators themselves, living what they learn in their environment – citing a 2001 study that showed 72 children between 12 and 18 years of age charged for murder, 83 for shooting, and 93 for rape and carnal abuse.

“We need to turn this around. The scope of the problem has been recognised and now something has to be done about it,” she said.

Marilyn Belnavis, principal of the Roehampton Basic School, and who is affectionately called ‘Mother’, headed the list of awardees, being recognised for 53 years of service in early- childhood education. Her tenure started at the Sterling Basic School, where she taught for 10 years, and continued for 43 years at Roehampton Basic School, working assiduously to improve the literacy and numeracy skills of children she came in contact with.

Verna Gordon, principal of Elim Early Childhood Development Centre, was honoured for 30 years of service and lauded for her initiative of utilising WhatsApp group teaching to reach her students at the outset of the pandemic.

The awards were presented by Suzilee McLean-Chambers, president of the club