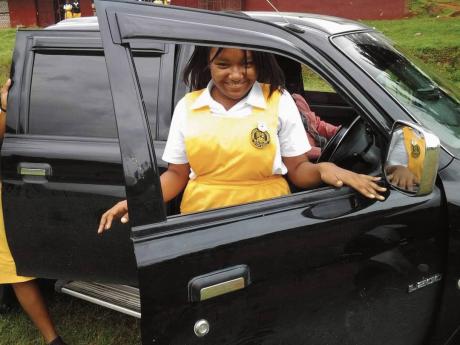 Contributed
A student of York Castle High School exits a vehicle after a driving lesson. 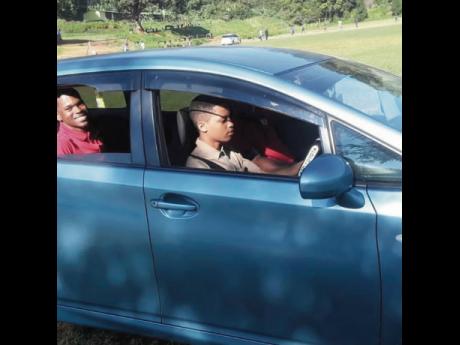 Contributed
A student from York Castle High School learning to drive, while one of his instructors flashes a smile. 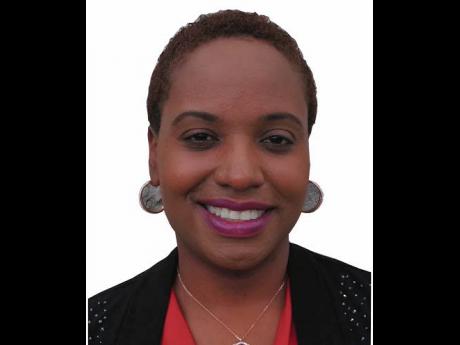 At least one school principal is in support of including driver education in schools’ curricula, pointing out that early learning could result in better skills and fewer road incidents that impact national development.

Raymon Treasure, the principal of York Castle High School in St Ann, says his institution has had an active Driver Education Programme since 2013. The programme began with the school’s first- to third-formers, and in 2015, it expanded the initiative to its upper school, including sixth form.

The programme has received support from the Ministry of Education, Youth and Information, receiving funding through the Career Advancement Programme.

“Teachers made their cars available, and paid instructors were brought in to teach the students. All sixth-formers were asked to get their learner’s licence and they were each provided with a learner manual. Some of the students were able to get their licences through the programme,” he disclosed.

When the funding for the driving programme was no longer available, they continued by establishing a driver’s club.

“Students who were interested in driving would then become a part of the club. We have a massive field, so we set up the cones for them to practise; and teachers still made their cars available for use,” he said.

The programme also includes basic motor vehicle maintenance, though it’s now on hold because of the pandemic.

She said the JAA is a strong advocate for driver education being implemented in schools and is similarly hoping to have it included in the curricula in select high schools.

“Once a student reaches the legal age to acquire a provisional licence, the JAA will assist them with the acquisition of the licence and sign them up to have a learner-driver experience,” she disclosed.

Pointing to studies by the World Bank and United Nations Children’s Fund, she underscored that not only does the country’s high number of injurious traffic crashes and fatalities deplete its prime members of the labour force, it also overwhelms the health sector. Approximately 60 per cent of those killed in crashes are 20 to 29 years old, the national statistics show, and it costs the health sector some $2.6 billion per year to treat injuries resulting from road crashes.

Whylie said having the tenets of defensive driving can go a far way in reducing road incidents, and the earlier these skills are inculcated, the better.

“It sharpens decision-making, which on our roads are critical to the avoidance of crashes,” Whylie explained.

“Therefore, our Driver Improvement Programme, as it is called, aims to help persons to reduce the risks of driving, by preparing them for dangerous situations and the mistakes of others,” she said.

She explained that the course provides both theory and practice through lessons from the Jamaica Constabulary Force and the Island Traffic Authority.

Beyond reducing road crashes and incidents, Whylie underscored that driving is a vital skill young people need to survive in a modern world.

“It’s a necessary skill many job functions now require, and it prepares one for upward mobility,” she commented.

She noted that despite the pandemic, the JAA has in place protocols to keep learners safe and comfortable. “We understand the concerns many people may have, given the current climate. Therefore, before and after each lesson, the vehicle is fully sanitised. Both the instructor and the student are required to sanitise their hands before entering the vehicle, and masks must be worn for the duration of the lesson,” she explained.