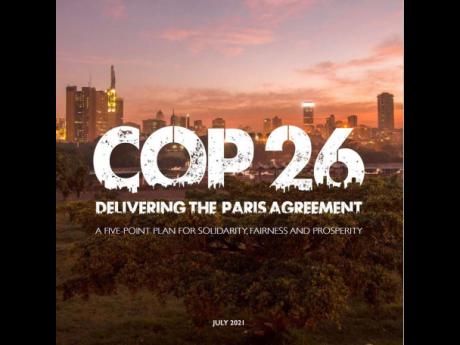 Contributed
A snap of the paper reflecting the demands of the developing world. 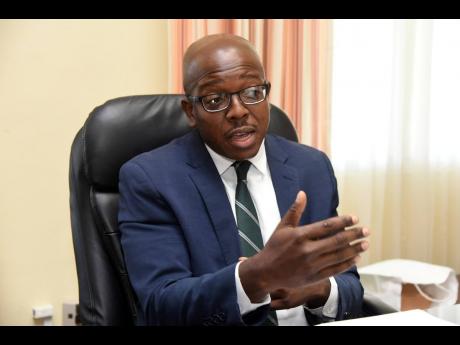 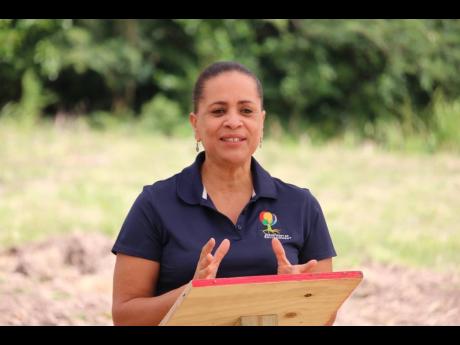 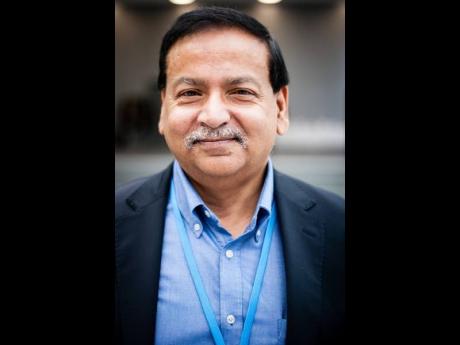 Contributed
Dr Saleemul Huq contributed to the preparation of the paper.
1
2
3
4

WITH THE publication of the paper dubbed ‘COP 26: Delivering the Paris Agreement’, developing countries, including Jamaica, have laid bare their laundry list of demands in the race to blunt the harmful impacts of a changing climate.

The paper, dubbed ‘a five-point plan for solidarity, fairness and prosperity’, comes just a few months shy of the upcoming global climate change talks where the developing countries anticipate their demands will be met.

The talks, known officially as the Conference of the Parties (COP) to the United Nations Framework Convention on Climate Change, is where these matters are negotiated. Now in their 26th year, the talks are to take place in Glasgow in November.

Meanwhile, topping the list of developing country demands are emissions reductions towards the achievement of a 1.5 degrees Celsius cap for increasing global temperatures.

“Despite welcome recent progress, the sum total of climate policies in place across the world will not keep global warming within the limits that governments agreed in Paris. An acceleration that is consistent with the 1.5 degree Celsius temperature limit is urgently needed, led by those with the biggest responsibility and capacity,” notes the paper, which up to press time had reportedly received the support of more than 100 countries from the developing world.

The Paris Agreement sets out that countries hold “the increase in the global average temperatures to well below two degrees Celsius above pre-industrial levels” and pursue “efforts to limit the temperature increase to 1.5 degrees Celsius above pre-industrial levels, recognising that this would significantly reduce the risks and impacts of climate change”.

Countries have also called for the strengthening of provisions for adaptation to help the most vulnerable to cope with the varied impacts – from sea level rise to extreme weather events, including hurricanes, the likes of which have devastated sections of the Caribbean over recent years.

Added to that is the call for the delivery of promises to treat with loss and damage; increased financial flows as part of and beyond the 100 billion a year commitment that was made a decade ago by developed countries; as well as effective implementation.

“The promises made in Copenhagen in 2009 and again in the Paris Agreement are unequivocal, and must be delivered: at least $100 billion per year by 2020, up to 2024, with a concrete delivery plan, with at least half going to adaptation, with increased annual sums from 2025. The debt consequences of COVID-19 mean that action outside the UN climate process is also essential,” noted the paper to which the likes of Dr Saleemul Huq, director of the International Centre for Climate Change and Development, contributed.

On implementation, it said: “After several summits of stalling, governments must by COP26 finalise rules on transparency, carbon trading and common time frames for accelerating action, in a way that safeguards development and nature.”

Jamaica’s Minister of Housing, Urban Renewal, Environment and Climate Change, Pearnel Charles Jr, has himself noted the need to move beyond lip service in the delivery of the various items.

“Jamaica, whose contribution to climate change is ridiculously insignificant, already submitted a very ambitious NDC (nationally determined contributions to greenhouse gas emissions), which almost doubles its clean and renewable energy target. We do not expect less effort from major emitters,” he said, in communication sent from the island’s Climate Change Division.

“There is no more time for lip service; this is the time for action. Keeping 1.5 degree alive and within reach is at stake. The survival of millions of people from the most vulnerable communities is in our hands. With political will, we can get both the ambition and solidarity we need. Time is ticking. Let’s act,” he added.

A similar sentiment has come from the chair of the Alliance of Small Island States (AOSIS), Ambassador Diann Black-Layne of Antigua and Barbuda.

“We need developed countries to meet the $100 billion per year pledge, with 50 per cent for adaptation. Mobilised finance must reach the most vulnerable countries and communities. Each of the AOSIS’s 28 accredited entities to the Green Climate Fund and the Adaptation Fund have had less than two projects approved and many had none approved at all,” she said.