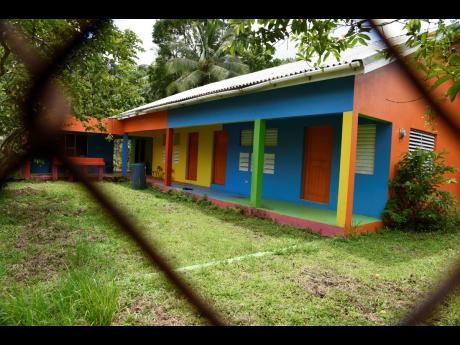 Nicholas Nunes/Photographer
A section of the renovated Moore Town Basic School in Portland.

Moore Town Basic School in the Rio Grande Valley of eastern Portland, which had fallen into a state of disrepair, has been renovated through the efforts of a kind individual.

The school, which was leaking profusely from its ceiling due to damage done to the sheet rack material, underwent extensive repairs through the efforts of Kenny Walsh, a Jamaican living overseas who was visiting the island recently.

“It was just something that had to be done, and in doing so, it needed to be done very quickly,” said Walsh, who spoke to The Gleaner via telephone from the United States.

“I funded the entire project from my pocket as there was a definite need to assist those students. I felt compelled to assist as I was born Jamaican. America raised me, but Jamaica gave birth to me. There was no way I was going to sit by and allow students, babies, in fact, to operate in that unhealthy environment where there were malfunctioning toilets, a kitchen infested by termites, and a facility without running water.

“I could have gone about seeking a grant, but that would have taken some time. All Jamaican children deserve to not only survive, but to thrive in a fully functioning and creative environment. So I was prepared to do whatever it takes to impact the lives of those babies, and I was assisted on the ground by two people from Portland, Maurice Lee and Garfield Murphy, who assisted me every step of the way to make this a success,” she added.

Approximately $1.5 million was spent by Walsh from her personal funds to effect repairs to the school, which comprised painting, new furniture (desk and chairs), extensive repairs to the bathroom, kitchen, ceiling, and contracting the services of a pest-control individual.

The desks and chairs were acquired through assistance from friends and well-wishers.

And principal Alecia Julius praised Walsh for her timely intervention, which, according to her, came at a time when the facility was in an advanced state of disrepair and there was uncertainty as to where the funds would be coming from to effect such repairs.

“Words cannot express how grateful I am. We really need the help, and she came on board at the right time,” said the principal.

“There were a lot of issues that needed to be addressed, but we are a small community school, and we did not have the funds to do so. I can say that she (Walsh) gave us a new school and a new outlook, and whenever we are ready to reopen, I am sure we will attract more students. We now have the prettiest school in Portland,” she added.

Moore Town Maroons colonel, Wallace Sterling, who is a member of the school board, also lauded the efforts of Walsh. He argued that it could not have happened at a better time as there were simply no funds available to effect the repairs.

“This really augurs well for the future of Moore Town Basic School, which is now a spectacle, thanks to a well-needed gesture from Miss Walsh,” Sterling commented.

The Moore Town Basic School has a student population of 14, but that figure is expected to double based on the new-look school and its amenities.