Police cracking down on parents who traffic children 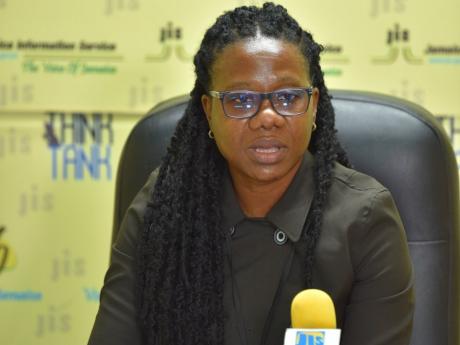 The Jamaica Constabulary Force will be going after parents and guardians involved in the trafficking of their children.

Sub-officer in charge of the Anti-Trafficking in Persons Vice Squad, Counter-Terrorism and Organised Crime Investigations Branch (CTOC), Detective Inspector Kemisha Gordon, said there is “a troubling trend” regarding children who are reported to have been trafficked since the start of 2021.

“Another trend that we are seeing is that women who are supposed to be the parents of or the guardians of these children are the ones who are seemingly seeking to exploit them,” she lamented.

Speaking at a JIS Think Tank on Tuesday, Gordon informed that last year, a mother was arrested and charged for exploitation of her daughter.

“A few weeks ago, another mother was also arrested and charged for a similar offence, and there are other investigations that are currently under way against parents or guardians of children who are telling us that they were exploited,” she noted.

She said that based on evidence, most local cases of human trafficking involve sexual exploitation.

Gordon issued a warning to parents, particularly mothers, who exploit their children.

“You will be arrested and you will be charged and placed before the court for this activity. We do not take this kind of thing lightly. Children are looking to their parents for guidance, for protection. You are the ones who were placed in their lives to provide that guidance and protection and you have betrayed them by doing this to them,” she said.

Jamaica will join the international community in observing World Day Against Trafficking in Persons on July 30.

The Ministry of National Security will be hosting a week of activities under the global theme 'Victims' Voices Lead the Way', starting with a church service on Sunday, July 25.