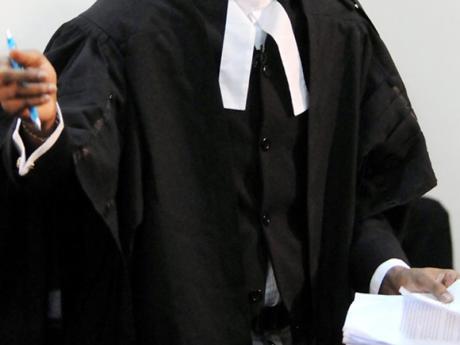 The bar association is of the view that the time has not yet arisen for the prosecution to be given the right to appeal.

The Jamaican Bar Association is urging that the issue involving the proposed amendments to the law to give the prosecution limited right of appeal in criminal proceedings should first be put in the public domain for Jamaicans to decide on the matter.

The Bills are now being debated in Parliament.

The bar association is calling for Jamaicans to be told and properly advised what the Bills are aimed to achieve.

It is asserting that the public should be given a say if they will accept the fundamental changes to the rule of law.

It wants public consultation on the matter.

The bar association is of the view that the time has not yet arisen for the prosecution to be given the right to appeal.

“The Bills will bring about a fundamental shift to the administration of justice in Jamaica,” it contended in a statement.

The bar association said that it is concerned that over recent years, the rights of accused persons have been reduced significantly or prejudiced or compromised.

“In contrast, there are very few amendments that the Parliament has made to legislation that has enhanced or benefited an accused person,” the association argued.

“It is better for 10 guilty persons to walk free than to convict one innocent person,” the association stated, noting that these words were the mantra of now Minister of Justice Delroy Chuck when he taught at the Norman Manley Law School.

According to the association, the proposed amendments gave no factual basis for the major change.

It is asserting that without such statistical and analytical data, the present Bills appear to be a declaration of no confidence in the administration of justice for no demonstrated reason.

The proper application of the rule of law and the right to due process for an accused person are sacred for democracy to exist, the association argued.

“We submit that the executive and legislature must act with great caution when interfering with the judiciary and our system of justice, and more importantly, demonstrate to the public good reasons for its action.”

Meanwhile, contacted for a response to the concerns raised by the bar association, Chuck said he is aware of its position and he has addressed the issues.