Record number of doctors ‘Pursuing Residency in the US and UK’ 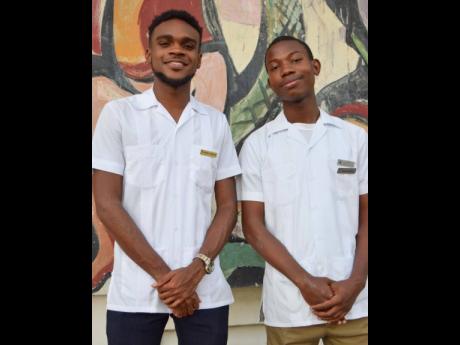 Stuck between a rock and a hard place, Jamaican-trained medical students are rethinking their career plans, owing to the climate of uncertainty regarding future residency and stability in the healthcare sector.

An indication jitters are being felt in the field is reflected in the take-up of the upcoming ‘Pursuing Residency in the US and UK’ webinar, which, when opened, had registration of over 230 medical students within two days, and was at 400 a day ahead of the July 23-24 event date. In fact, the webinar is oversubscribed, says the organiser HyperAcademics.

This urgency seems to have been stirred by the absence of fixed term contracts and benefits, unconfirmed pre-negotiated heads of agreement and news that some medical graduates will not even get internship at some of the country’s hospitals on completion of their courses.

“We were originally targeting students and now we notice even medical doctors have been registering,” managing director of HyperAcademics, Devon Brewster, who is also a final-year student at The University of the West Indies, Mona, Faculty of Medical Sciences, told The Gleaner.

HyperAcademics is hosting the series one week after another group hosted a similar seminar that attracted over 300 medical students of The UWI, who are interested in finding greener pastures.

Brewster, who was born in Dominica, argues that the current situation with medical doctors in Jamaica has caused him and his peers to reconsider the way forward.

Brewster revealed that many students have the deepest desire to work in their homeland and give back to their countries that have groomed them but, still, for many it’s an unbalanced scale with their lives, “that of our families are on one end and the advancement of our people through healthcare delivery on another”.

Caught between a “rock and a hard place”, he said the time was ripe for students and doctors to get detailed and accurate information about paths to career advancement overseas.

At least one third-year medical student, Matthew-Daniel White, feels the best option at this time is to look elsewhere, because Jamaica is producing more and more doctors with no place to put them.

“We have the need for doctors, but we can’t afford them, and if doctors have to go on strike to get work, there is no guarantee for graduates,” he shared.

White said several persons had encouraged him to pursue a career in medicine, telling him nothing could stop him from getting a job, reiterating that message over and over, but he has found that to be a false narrative.

“We have been having issues with healthcare since the 1970s,” he pointed out, “so everyone by now knows what the deficiencies are.”

He said going through all the sacrifices, he asked himself if at the end of medical school would it be worth it, especially when he was left with millions of dollars in student loan. “I was told that by July 1 morning, we would be employed in a job, and now we’re finding out that that’s not the case,” he said.

Seemingly feeling guilty of even thinking of going outside of Jamaica to work, White said the last thing he wanted was for anyone to think he was unpatriotic, but he had to be realistic and accept that the future was not as bright as he had anticipated.

One of the booked speakers for ‘Pursuing Residency in the US and UK’, Dr Joel Wright, admits that the path to being accepted overseas was not an easy one, owing to competition from US-born students, as well as candidates from places such as India, Pakistan, China, Korea, Ecuador and the Sudan. The internal medicine doctor, who did his internship at the Kingston Public Hospital where he worked sometimes 36 hours non-stop, said the foundation that Jamaicans are exposed to becomes a plus when they are accepted for employment in the US.

He also cautioned that about half of the international applicants do not get accepted, and that the scores on the United States medical licensing examinations must be excellent. Dr Wright described the process as winding and expensive, but rewarding.

The 28-year-old credits the proven track record of Jamaican doctors for the reason they are in demand in some hospitals in the US. “Those long hours that our doctors are capable of going pay off in the long run,” he said.

Dr Wright is encouraging young Jamaican doctors still in school not to give up.