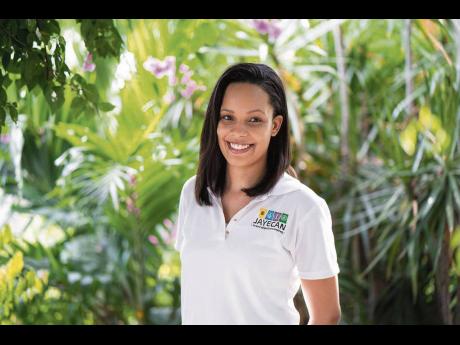 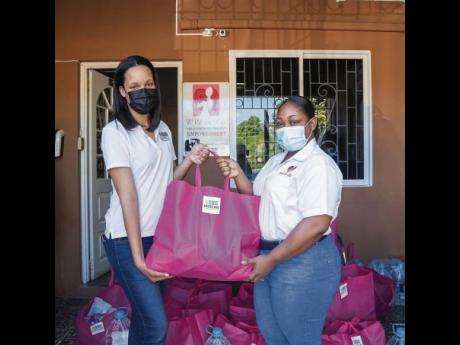 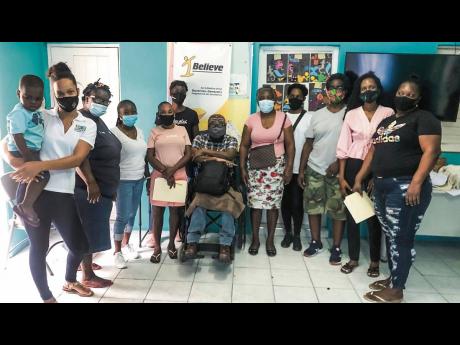 Contributed
Brittany Brown (left) shares a moment with attendees at a recent self-development workshop she hosted at the recently held Women’s Resource and Outreach Centre in partnership with Caribbean Vulnerable Communities Coalition. The event was created to inform the ladies how they can seek redress if they are experiencing abuse, while teaching them about their rights.
1
2
3

“Giving back means creating opportunities for those in need in order to add value to society.” Brittany Brown embodies this in her active role at the Jamaican Youth Empowerment through Culture, Arts and Nationalism (JAYECAN).

But her love for volunteerism dates further back than here and now. Growing up, she watched with admiration and fascination as her grandmother worked at the infirmary in her hometown of Mandeville. “Her love and passion to help those in need motivated me and as such, my family would always play a role in providing items to the infirmary,” she shared with Good Heart.

Involved in the church and clubs at high school that engaged in outreach elements, she recounted one of her most memorable activities, feeding the homeless. “It was always great to connect with the homeless by having insightful conversations. Every outreach initiative will always be a memorable one because I’ve been able to make a difference,” she said. Ensuring that others experience happiness from her act of kindness was her ultimate goal. And giving back to those in need only fostered her determination and drive.

Her passion later took flight when she decided to join the Operation Help The People, a non-profit youth organisation while attending The University of the West Indies, Mona campus. “I was surrounded by like-minded young people who had a willingness and zeal for community development and improving Jamaica.” During her mission of seeking more ways to help others, she embarked on a new and fulfilling role as executive director at JAYECAN. Here is how that journey got started.

She was introduced to the non-profit organisation by one of the founders, Abrahim Simmonds, whom she knew from Preston Hall at UWI. She was fond of his involvement and all the projects he had been working on. Little did she know that admiration was mutual when it came to her community outreach.

So, he, along with his co-founder Alex Stirling, recruited Brown to lead the charge. She was thrilled to be taking on new challenges and expanding her outreach horizons. “Based on the type of initiatives they had, such as Artreach and HerStory, it would have been my first time being involved in initiatives tackling gender-based violence. But I was eager to play my part.” Since then, she and her team have been more than happy to serve the vulnerable groups of society.

Juggling her daily duties as a digital and public relations coordinator for the Courtleigh Hospitality Group, she still takes time out of her busy schedule to give back in whatever capacity she can. “I’ve found ways to be involved in charity while at work, helping to coordinate outreach activities. It has even given me the opportunity to meet other persons in shelters with whom I’ve developed a good friendship,” she revealed.

And as far as dreaming big goes, Brown hopes to one day operate her own shelter and development centre that caters to those in need, particularly those with disabilities.

Her advice to others looking to join the outreach movement: use the resources you have, no matter how small you believe it is; it can go a long way in assisting those who need it the most. “Don’t over think giving back. Use the resources you have to make a small impact until you can make greater ones. Start from those closest to you like your friends, co-workers or your classmates because it’s those that are close to us that are often struggling and we may not know,” she added.