Mandatory inoculation not being considered at this time, says health ministry 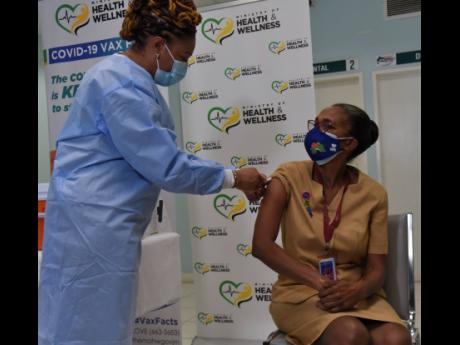 File
A total of 15,946 of an estimated 36,900 healthcare workers have received their first dose of the COVID-19 vaccine, with 8,866 workers now fully vaccinated, making them the largest number of the essential services to be inoculated. 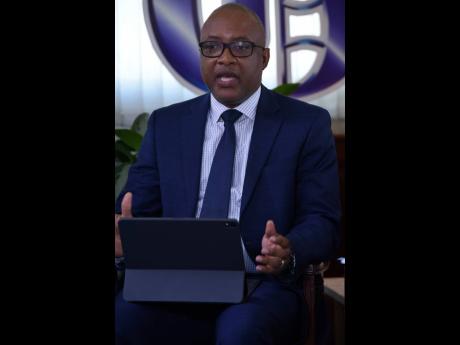 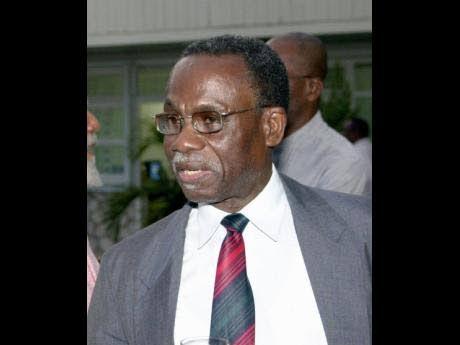 With Prime Minister Andrew Holness sounding the alarm that it is but a matter of time before Jamaica confirms its first case of the Delta variant of the coronavirus disease 2019 (COVID-19), and warning that Jamaicans could see another raft of containment measures this week, figures from the Ministry of Health and Wellness, up to Friday, indicate that some essential workers are still not taking up the opportunity to be vaccinated.

The Jamaica Fire Brigade (JFB) has the least number of staff fully vaccinated. Of 2,204 employees, 260 are fully vaccinated, with 373 persons receiving only the first shot.

Speaking with The Sunday Gleaner yesterday, commissioner of the JFB, Stewart Beckford, said, with some 88 members previously infected and another 260 having to quarantine because of exposure to the virus, he is “uncomfortable” with the level of vaccination of his team.

The JFB has been trying for months to convince the staff to accept the vaccine, he said, noting an internal target of 70 to 75 per cent take-up by next March.

“Where we are having the challenge is at the lower level with the younger persons, which is a reflection of what is happening in society,” he reasoned.

“We started off really slow but I am picking up on the ground that more and more persons are now going forward in taking the vaccine,” Beckford said, adding that he has also impressed on staff the value of being vaccinated and the fact that their time off for quarantine could be lessened, should they wish to travel overseas for vacation.

The JDF recently came under fire for attempting to mandate soldiers to take the vaccine but has since said members will face no disciplinary action for refusing, only administrative penalty.

The Passport, Immigration and Citizenship Agency (PICA), one of the first points of contact for visitors at the country’s ports of entry, has seen 244 staff receiving their first dose and 182 persons fully vaccinated.

“We have a little over 500 staff members and we have encouraged all employees to be vaccinated, especially those on the front line, at our ports and those who interface with the public at our offices,” chief executive officer, Andrew Wynter, told The Sunday Gleaner.

With over 200 immigration officers, Wynter said most, if not all, of those officers would be in the numbers reported by the health ministry.

Since the onset of COVID-19, teachers have also found themselves on the front line but with schools due to reopen come September, just 7,899 or 33 per cent of the nation’s 24,000 registered teachers have taken the first dose of the vaccine, with 5,693 fully vaccinated.

Jamaica Teachers’ Association (JTA) president, Jasford Gabriel, in commenting on the vaccine take-up among teachers, told The Sunday Gleaner that the association “would have been happy if the take-up rate was higher”.

“The JTA has constantly encouraged our teachers to get fully vaccinated to protect themselves. Our teachers are at a high risk of contracting the virus, given the nature of our work, especially in a face-to-face arrangement,” he said.

The reopening of schools for the new academic year, however, remains uncertain, given the current uptick in the spread of the virus, despite the education ministry initiating plans to resume face-to-face classes.

To this, the JTA president suggested “a rotational basis” of engagement to reduce the risk of infections.

Last week, Prime Minister Holness urged Jamaicans to exercise “extreme caution” and “remain vigilant about observing the COVID-19 protocols” noting that “this is not the time to become complacent”.

His urging was in light of the increasing number of infections. As at Friday, Jamaica recorded a total of 51,828 COVID-19 cases overall, with 3,481 being active. The positivity rate stood at 13.6 per cent, which is more than double the World Health Organization’s five per cent positivity rate recommendation. So far, 1,173 Jamaicans have died from the virus.

Holness said Jamaica has been averaging a positivity rate of 8.8 per cent for the past week, which seems to indicate early stages of a third wave of infections.

What’s more, for June, there was an average 52 COVID-19 cases per day. However, so far, the month of July has been averaging 62 cases per day.

“What is driving the spread is indiscipline, complacency, and a lack of diligence in observing the protocols,” said the prime minister.

The COVID-19 subcommittee of Cabinet will determine, over this weekend, whether to impose new COVID-19 containment measures ahead of the August 11 expiration of the current ones, with an announcement due to be made at a press conference on Tuesday.

Interestingly, as well, only 5,207 of the 12,000-member Jamaica Constabulary Force (JCF) have gotten their first dose of the vaccine, with 2,580 officers now fully vaccinated.

Admittedly, the JCF “is not where it wants to be” with the vaccination coverage, head of the Medical Services Branch of the JCF, Dr George Leveridge, told The Sunday Gleaner.

“I don’t think that we could be comfortable with not having a significant number of persons vaccinated, because we have to work in close contact with the public to enforce the law.”

He said the JCF has seen “more buy-in” with more officers now opting to take the jab but the vaccine shortage facing the country and the subsequent targeting of persons due their second shot has meant some officers have been asked to hold off a bit.

“That is a little drawback now that we are getting additional buy-in from police who are more settled and are attempting to start the vaccination process. They were asked to hold off until maybe next month,” Leveridge said.

For the category of ‘general population’, a total of 57,149 persons are now fully vaccinated, with 76,859 having received their first dose.

However, “some of the members of the JCF and the JDF did not declare themselves, so we have some of them caught in the data of the ‘general population’ figures,” noted permanent secretary in the health ministry, Dunstan Bryan.

Of an estimated 3,000 government officials, 754 are fully vaccinated, with 1,172 having taken the first dose.

The Ministry of Health’s focus on the elderly has seen 34,505 of that cohort fully vaccinated and 47,242 getting the first dose.

In total, 302,694 doses of the COVID-19 have been administered to Jamaicans up to Friday, data from the health ministry stated.

Regionally, things are starting to heat up, with Antigua and Barbuda now requiring its public sector workers to undergo a Polymerase Chain Reaction (PCR) test every 14 days at their personal expense, if they opt not to participate in the government’s inoculation drive.

Prime Minister Gaston Browne, in May, warned of the possibility of implementing a mandatory vaccination programme against the background of that country’s deepening financial woes. The move is intended to push herd immunity to 70 per cent as the government tries to stabilize the economy and save jobs.

In addition, prime minister of St Vincent and the Grenadines, Dr Ralph Gonsalves, has said the government is prepared to enforce mandatory COVID-19 vaccination for both private- and public-sector workers.

The country’s law allows for a person to be fired if they refuse to take the COVID-19 vaccine, Gonsalves, who is also minister of legal affairs, said.

In Jamaica’s case, while the Government can mandate vaccination as a condition for entry to school for children, under the Public Health Act of Jamaica (1974) – which makes provision for promoting public health and for preventing the spread of communicable and epidemic diseases – the Government cannot compel citizens to take the COVID-19 vaccination, Bryan told The Sunday Gleaner.

The Government is also not looking to change this legal set-up “at this time,” he said.

Constitutional lawyer Dr Lloyd Barnett sees mandatory COVID-19 vaccination as depending on “a lot of things being balanced”.

“A lot depends on the nature of [employment] contracts of people, where they work, and their level of exposure to the virus,” he said.

The Government would have to establish “justifiability not only on the basis of effectiveness but also on the basis that this is reasonably required,” he said.