I hold no grudges over resignations, says Golding 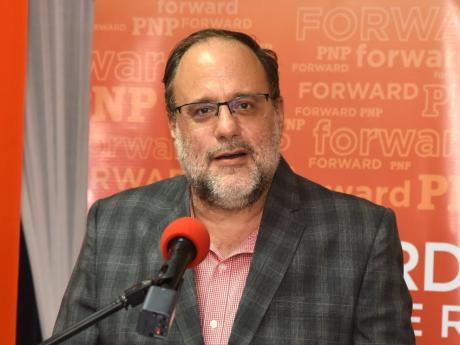 Golding says he wants the party to be a strong and cohesive team, all working towards the common purpose of making the PNP strong and attractive to Jamaicans. - File photo.

People's National Party (PNP) President Mark Golding says he does not harbour any grudges or ill-will arising from the recent en bloc resignations of the party's vice presidents and chairman.

In a joint resignation statement, they said the resignations were done to “avoid a further widening of the internal rift” and “another divisive internal election”, but also zoned in on what appears to be a lack of effort by the leadership to embrace party unity and also intimating that old wounds from the last leadership race have not yet healed.

Golding says he wants the party to be a strong and cohesive team, all working towards the common purpose of making the PNP strong and attractive to Jamaicans.

He was addressing day one of a two-day meeting of the PNP's National Executive Council (NEC), its second-highest decision-making body, on Saturday.

In his presentation, which was released to the media by the party today, Golding charged that all persons must make an even greater effort to secure genuine unity and long-lasting peace within the PNP.

He indicated that met with the four former officers on Friday afternoon, along with the general secretary and Leader of Opposition Business in the Senate, and the Chairperson of the Unity Committee.

Golding said the talks were open and frank and that the parties delved into the details of what took place leading up to their resignations.

“Having heard from those who resigned, I accept that they did not desire to do me harm or to harm the party. And, on the other hand, I did not seek their resignations.”

In providing background, Golding outlined that at a meeting of officers on May 31, 2021, there was a common understanding that a VP election should be avoided given the efforts being made to build unity and the understanding that a contest could unravel the progress that had been made.

After that, however, the process was loose and informal, and communication was not what it could and should have been. There was a misunderstanding among those engaged in the discussions as to what was acceptable, Golding asserted.

“As the closing date for nominations approached, this resulted in the series of events which led us to where we are now.”

“Our discussions will continue as we seek to make the best use of the talents available to our noble movement.”

Meanwhile, Golding rebuked those who seek to drive division in the party.

“Sometimes, we have been our worst enemies, as we focus too much on petty internal conflicts, rather than on fulfilling our mission and commitment to the upliftment and empowerment of the Jamaican people.

“In particular, we must stop this insidious practice of tearing down and denigrating other comrades, especially our leaders in social media. I use this opportunity to public dissociate myself from any bloggers who violate that principle. They do not act on my behalf or with my blessing.”

He stressed that all must join hands and hearts to make the party united and strong.