Mother of five murdered near home 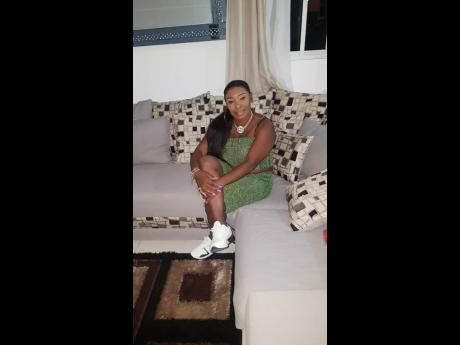 Contributed
Careen McCallum was murdered while playing a board game outside her Grants Pen Drive home in St Andrew.

A heartbroken mother is grappling with the brutal killing of her 47-year-old daughter who was shot repeatedly about 7:40 p.m. Sunday.

Joyce Campbell, 82, said that having been spooked after watching the news about the shooting of seven persons, three fatally, in Park Lane, St Andrew, she thought to warn Careen McCallum to face the road as she played a board game.

She never got the chance to deliver what might have been a life-saving warning. Moments later, explosions rang out on Grants Pen Drive, St Andrew, followed by shrill screams.

Campbell said her world crumbled on hearing that the youngest of her nine children was murdered.

“I won’t tell any lie, I love her very, very much. ... Any little thing she come to me. If I have a money, I give her,” Campbell told The Gleaner.

McCallum, who worked in a canteen, is survived by five children.

Relatives have disputed speculation that the shooting was linked to a family squabble.

“She and nobody nuh inna nothing. Right here she born and grow, and she and everybody live good. Anything dem want, a Careen,” Campbell said.

The grieving mother said she was trying to be a tower of strength for the family.

The police have been accused of being no help.

Residents reported that a motor car drove up and men alighted from the vehicle and opened fire on the group.

Not even the game board was spared the wrath of the gunmen, as residents pointed to bullet holes that riddled it.

McCallum and another man were rushed to Kingston Public Hospital, where her death was confirmed. The injured man underwent treatment.

The St Andrew North police said that investigations are ongoing.

Meanwhile, data on the division show that there has been a marked decrease in both murders and shootings.

Shootings have fallen from 46 to 31 year-on-year.