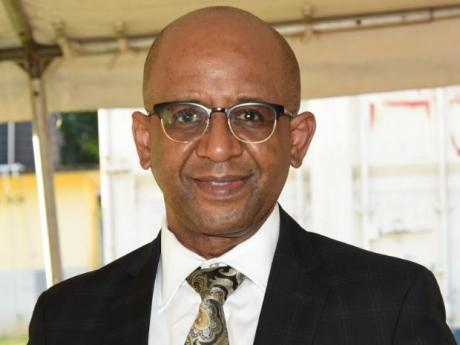 Bassie: "The recommendations do not seem to include specific timelines and targets that would focus on areas where accountability is critical."

The scheme was launched in 2019 as part of a set of measures to right historical wrongs experienced by the Windrush Generation and their families.

Waiting victims have also been frustrated by the Home Office's refusal to set deadlines, reflecting their lack of urgency to improve the speed of compensation.

Bassie says the Fourteenth Report of Session 2021-22 on the Windrush Compensation Scheme confirms a lot of the claims that have been ventilated in various public fora since its inception in 2019.

“The conclusions are on point with respect to the recipients of the scheme and their access to it. However, the recommendations do not seem to include specific timelines and targets that would focus on areas where accountability is critical,” explained Bassie, who is a member of the Immigration Law Practitioners Association (UK).

“The lessons gained over the past few years from the failure to deliver effectively, the poor estimate of numbers of persons affected, and lack of planning has resulted in those persons seeking to access the scheme further hardship and frustration. It has also led to a public loss of faith in the Government's ability to deal with this matter effectively,” added Bassie, who is also a chartered arbitrator.

Bassie, who is a Supreme Court-appointed mediator, said it may be prudent, from an operational standpoint, to engage all stakeholders, including the views of neutral third parties, to thoroughly review the activities of the Home Office in delivering the scheme.

He added that it would also be helpful to engage the recipients to get their views on the delivery of the scheme and their treatment to date.

Such an approach could possibly lead to a consensus on how to deliver the scheme effectively in an agreed, understood and timely manner, hence providing realistic goals and expectations to all stakeholders, argued the attorney, who is a fellow of the Chartered Institute of Arbitrators.

He pointed out that if the parties are to revisit the delivery of the scheme, then the targets to be met and the method of delivery of meeting goals have to be clear.

The attorney noted that the report has important implications for not only the Windrush Generation but also their relatives and the country as a whole.

He said it was heartening to hear the Home Office admitting to some of its errors but reasoned that time is of the essence and a strict timetable should be developed and adhered to, coupled with greater public oversight.

He said this would hopefully lead to targets being met in a satisfactory manner, that would be commensurate with public expectations.