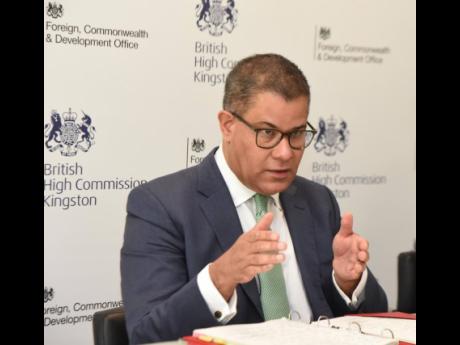 A FORMER climate change negotiator for Jamaica has driven home the need for private sector investment to support both adaptation and mitigation efforts in Jamaica and the Caribbean.

“Global investments are driven by the private sector, which accounts for more than 85 per cent of all investments worldwide. In the Caribbean region, we are highly dependent on the private sector to generate income,” noted Dr Orville Grey, who, up to a few years ago, was the officer with responsibility for adaptation within the Climate Change Division of Jamaica.

He was also a key player on the island’s negotiating team to the global climate change conference, held annually across the world and which is set this year for Glasgow in November.

“The impact of climate change will be felt strongly by the private sector, hence the need to be more than a bit-part player. Building resilience in our people or systems, our economies is vital to arrest the current (trajectory) and build resiliency and independence as a region,” added Grey, who is currently the regional manager for the Caribbean and Brazil with the Green Climate Fund.

President of this year’s global climate talks – known officially as the Conference of the Parties to the United Nations Framework Convention on Climate Change – has himself noted the need for private sector money in the effort to stymie the fallout from climate change.

“We need to ensure that we are getting more private-sector money into tackling climate change in terms of having climate-resilient infrastructure,” Alok Sharma said while in Jamaica recently.

It is also critical, he noted, to enable countries to make the transition from fossil fuels to renewable energy sources, to successfully reduce greenhouse gas emissions.

Business woman Eleanor Jones, herself a member of the Private Sector Organisation of Jamaica, agreed.

“It is important that the private sector be brought along, not only globally but also in Jamaica to help with investment for climate resilience,” she said.

Jones also flagged the need for some of the private-sector money to be directed towards climate-proofing health systems, given current COVID-19 realities.

“Currently, only 0.5 per cent of climate finance goes to health systems. This contribution requires significant improvement,” she noted.