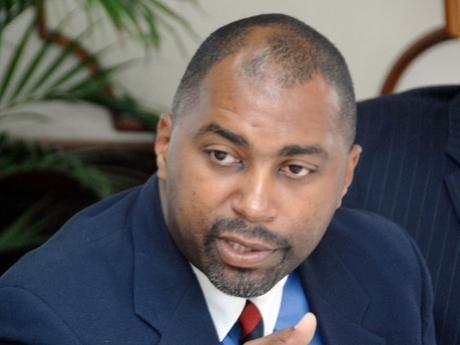 Robinson: “Growth must take place with equity…more has to be done to support those on the margins, because if you don’t, you may have a social implosion.” - File photo.

Opposition Spokesperson on Finance, Julian Robinson, is calling for the Government to undertake more investments to stimulate the economy, which has been reeling from the impact of the COVID-19 pandemic.

Speaking at a webinar hosted by the Private Sector Organization of Jamaica on Wednesday, Robinson stated that many Jamaicans are being “left behind” as the economy recovers.

He warned, “Growth must take place with equity…more has to be done to support those on the margins, because if you don't, you may have a social implosion.”

To address this concern, Robinson advocated for more financial support to be given to Jamaicans who work in the informal economy.

It is estimated that 40 to 60 percent of all economic activity takes place within the informal economy.

“Having had a roughly 10 percent fallout in GDP [gross domestic product] over the last fiscal year…I believe that more could have been done to support individuals who have been either out of income or out of work for up to 12 to 15 months,” said Robinson.

Since the start of the pandemic, the Government has introduced a number of one-off cash grants offered under its CARE Programme.

However, Robinson believes that a one-off cash grant is insufficient and the Government's approach to supporting the economy has been “too conservative.”

Jamaica is projected to attain a primary surplus of 6.1 percent and a fiscal surplus of 0.3 percent for the 2021/22 financial year.

During his budget presentation in March, Finance Minister, Dr Nigel Clarke, explained that maintaining this fiscal conservative approach was necessary to avoid any erosion in Jamaica's financial position.

However, Robinson argued that while under normal circumstances he would have no issues with this approach, given the extent of the pandemic, additional injection is needed to support vulnerable groups and stimulate local production.

He added that good policies over the last seven years have given Jamaica breathing room to provide this support.

The Government has also announced the $60 billion Social and Economic Recovery and Vaccine Programme for Jamaica (SERVE) programme, which aims to stimulate the economy in areas such as business financing and infrastructure development.

“When I look at what has been proposed for the SERVE programme, there isn't really anything in that that I would take out,” said Robinson.

He, however, stressed the need to provide more incentives to encourage the growth and development of the manufacturing and agricultural industries.

To achieve this objective, he restated the opposition's position that one percent of GDP or $20 – 21 billion should be made available for this effort.

To avoid increasing the national debt burden, Robinson proposed that the Government borrows domestically and negotiate with the private sector to defer payments for the first fiscal year.

After the economy begins to recover, the Government would then resume payments.

This, he believes, is a better alternative to the Government's fiscal conservatism.