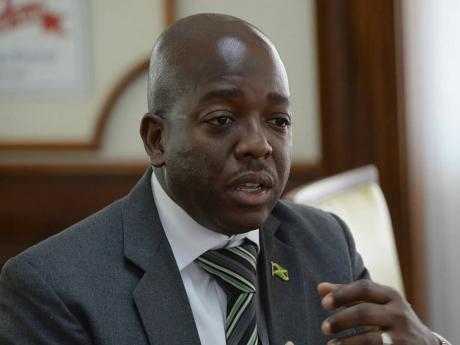 Charles Jr: "It's unfortunate that they were [at my office] because it gives an impression that is completely false." - File photo.

Member of Parliament for Clarendon South Eastern, Pearnel Charles Jr, says he is taken aback by a protest by Dampy residents outside his constituency office on Wednesday.

According to Charles Jr, the protest stemmed from a Jamaica Public Service operation, which led to the disconnection of illegal electricity connections in the community earlier that day.

"It's unfortunate that they were [at my office] because it gives an impression that is completely false," he said.

Charles Jr told The Gleaner that he has met with residents in Dampy on several occasions and has been working to have the community regularised.

He stated that the process has been delayed by some hurdles, including the inability of some residents to provide proper documentation for the lands they occupy.

According to the MP, he and Homer Davis, Minister of State in the Ministry of Local Government and Rural Development, visited the community on July 15 and pledged a "plan of action" for the electricity situation in the area.

"So it was very shocking to me that weeks later you have an impression being given that we have never spoken. One lady said she hadn't seen me from election and it was very disappointing. I know in politics people have their political agenda and will say anything to give a negative impression of you," he said.

He expressed, however, that his efforts will not be deterred.

"The problem has been there way before my time, but I want to help them...I want to solve the issues," he said.