Doctor in the making heads to Campion College 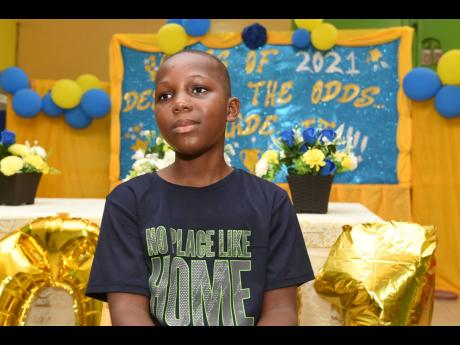 Kenyon Hemans
Jalill Douglas from Yallahs Primary School in St Thomas had a perfect score in the PEP ability test. 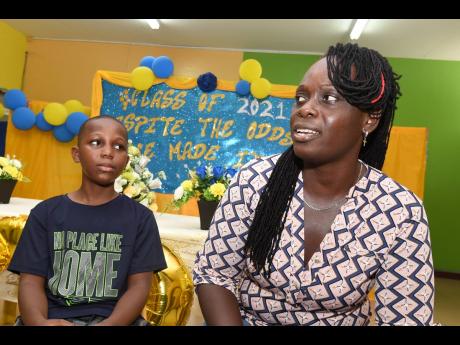 Despite his initial concern that he wouldn’t be ready for his Primary Exit Profile assessments, Jalill Douglas, top student at the Yallahs Primary School in St Thomas, admitted that the tests were ‘relatively easy’.

The 12-year-old boy, who copped perfect score in the grade-six ability test and earlier mastered his grade four numeracy and literacy exams, is on his way to the school of his choice, Campion College.

Jalill is notorious for topping all his classes from basic school to present so his exceptional results did not come as a surprise to his family and teachers.

According to the young genius, “Funny thing is, I didn’t really study that much. We got practice tests to do and those helped us to prepare for the exams.”

His ambition to become a doctor has been living rent-free in his mind, from as early as age three.

“From the moment he was able to speak he came and asked me, ‘Mommy, how much money doctors make?’ and I said a lot of money, and he said, ‘I want to become a doctor.’ Since then, every career day that’s the only outfit I could put Jalill in. He even has his stethoscope at home,” shared a gratified mother, Alechia Anderson-Douglas, who is a music teacher at the primary institution.

The mother of two told The Gleaner that her older son attends Morant Bay High in St Thomas and she was initially worried about her younger son travelling outside the parish for school.

“I’m elated and very proud of him. I know he will do very well there because he’s very self-motivated. He doesn’t respond to peer pressure… when all hell is breaking loose around Jalill, he is focused.

“I was worried about him going to Kingston because he is so small in body, but we believe in God and I believe this is God’s will and whatever comes, God will make a way. Jalill is very special and smart. He prays a lot and was baptised when he was in grade three. He always speaks about putting God first,” she noted.

Taking charge of the story of his faithful decision to commit himself to God at an early age, the youth said, “The first time the pastor asked who wanted to be baptised to go up (to the altar) I didn’t go, and in the next night I was crying and wondering if God is going to come the following morning and I wasn’t baptised. So I asked God for a second chance and when the pastor asked again I went up to get baptised and I’m happy I did.

“God has granted me a reason for wanting to do better in school so I can grow up and get rich to help people that are poor and homeless.”