MoBay inner-city youth now among top physicians in Illinois, US 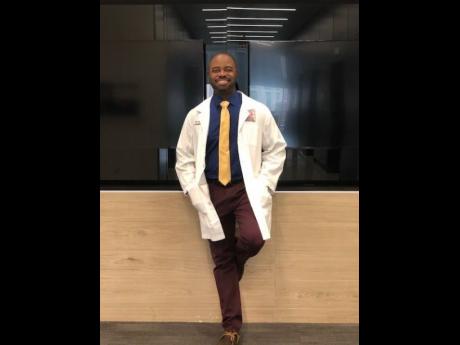 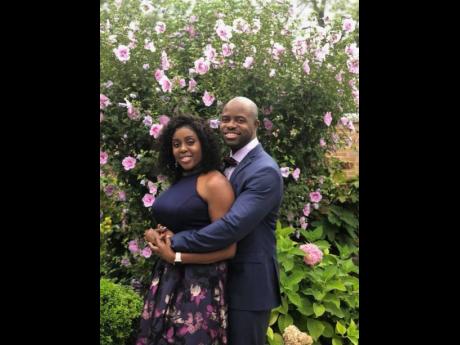 As early as age five, Michael Daley knew he wanted to be a doctor and he would correct his neighbours when they assigned the wrong title to him. “Call me Dr Michael,” he would tell them.

In fact, the former Herbert Morrison High School student grew up in the midst of the volatile inner-city communities of Barrack’s Road and Hart Street, where many young men saw no ray of hope in their future, but not Daley.

At age 36, he was named among the top-producing, high-calibre physicians in the group of 60-plus doctors in Peoria, Illinois, USA. So impressive is the Jamaica-born emergency-medicine physician that he applied for and was recently appointed medical director of emergency services at St James-John W. Albrecht Center in Pontiac, Illinois.

Five core attending physicians plus 36 resident doctors will be rotating through his site, as of the end of July, and he will also direct regional emergencies for the pre-hospital medicine – ambulance and flight crew.

Daley’s portfolio includes overseeing the doctors in the emergency department, presentation at meetings, design projects/modalities to improve department metrics, while serving as the liaison between the physicians and administrators.

“I will also provide direction, teaching of staff and working on quality improvement to ensure that patients are receiving the best care, prior to arriving at hospitals,” the ambitious medical doctor, who completed his studies at the University of Pittsburgh School of Medicine and Cook County Health and Hospital Systems, told The Gleaner.

And Daley is not easily satisfied, so an MBA as well as becoming a chief medical officer or president of a hospital system are in his future, even while he dabbles in his latest hobby of financial literacy.

For the young man who graduated as the top boy at the Harry S. Truman High School in New York after leaving Herbert Morrison in grade nine, there were no limits in life when he enrolled at Colgate University for his first degree.

Acknowledging that medical school was a challenging and exciting journey, Daley said it was more palatable for him than most students.

“It was the final leg of classroom-based learning of my years of formal education. Putting an exclamation mark at the end of the ride was very fulfilling. I like to think I had the advantage of being a non-traditional student working for several years prior to pursuing my MD, and also having a master’s degree in basic medical sciences.”

And it’s not as if he didn’t face many challenges along the way, some of them mountainous, some seeming insurmountable, because today he is able to look back and say, “I feel the reason a lot of pre-medical students never actually pursue medicine stems from the challenges which include taking the standardised test to doing well in the required subject matters, which can itself be draining.”

Medical school is also an expensive venture with the average student debt being north of $200,000, and Daley’s mother, Pauline Holland, is a single mom, so it came as no surprise that he briefly thought about giving up during pre-med. “The standardised test for entrance can be a daunting obstacle in conjunction with needing excellent grades in the sciences and flawless recommendations,” he noted.

Daley went through a low point when he graduated Colgate, because his family didn’t have a stable home environment. “Luckily, I was able to renew my strength and press on through faith and an internal fire of determination.”

Now, he said sacrificing time to study and truly understanding what is meant by delayed gratification is how he lives, as the journey to becoming a doctor was literally decades in the making. He only recently became an attending physician, in July 2020.

This is why during his interview with The Gleaner Daley was able to admit this appointment was still a very surreal moment for him. “I know I have my work cut out for me, but I do feel prepared to tackle it head on.”

Ideally, he saw administration as part of his career trajectory but was thinking along the lines of five to 10 years into the future before taking on that responsibility. Having been the leader of admin at college and during his residency programme in emergency medicine, he is more than qualified.

Daley’s mother, who also grew up on Barrack’s Road and the Railway Lane area of Montego Bay, spoke with pride of her only son.

Holland worked double shifts, and every other Sunday at the Beth Israel Hospital, where she is now a patient care assistant, just so she could take care of her two children. “It was not difficult to make the sacrifices for Michael, because I saw his potential and he saw it too,” Holland said.

She added that as a child, she could hardly get Daley to play outside, because his books were his friends.

“He is conscientious as well. He knew how difficult my life was, so he decided to work for six years in the administrative arm of medicine, prior to medical school, and while working he did courses at New York Medical School,” Holland said.