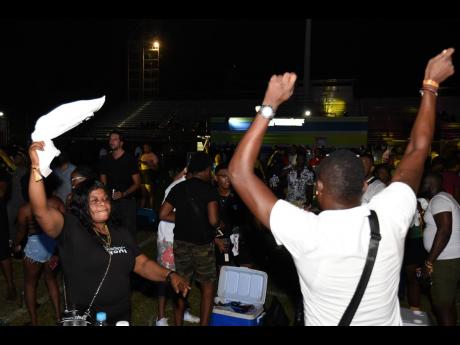 Kenyon Hemans
Patrons at the popular I Love Soca event held at Stadium East on July 14 following the limited lifting of restriction on entertainment. 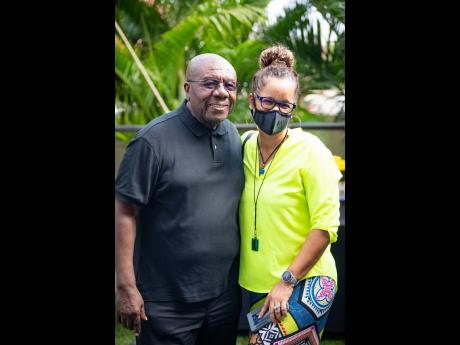 As Jamaica reinforces COVID containment measures amid a spike in positive cases, the entertainment sector continues to reel, forcing a number of stakeholders to turn to the diaspora market for a lifeline.

Theatre King Oliver Samuels and stand-up comedian Christopher ‘Johnny’ Daley are among those who have been actively seeking out opportunities for shows in the United States, which has relaxed restrictions on gatherings. Both performed at an event in Green Acres, West Palm Beach in South Florida recently, and were relieved that they had returned to plying their trade after a 15-month lockdown due to COVID-19.

“It’s a good feeling to be able to be on the road again because we were really hurting,” Daley told The Gleaner. According to the popular comedian, “What I have noticed in South Florida is a lot of creatives have moved over here. Actors, comedians and musicians, a lot of them are here and what that tells you is clearly we can’t make any money in Jamaica, so people have to move and find a place where they move and make money. There was a time when I didn’t have to fly up to foreign to eat a food, but the work has slowed down so much that it makes no sense for me to stay.”

Samuels said while the COVID restrictions have delivered a blow to the earning power of many entertainers, he insisted they are a necessary evil.

“I don’t think the government of my country would be so wicked that they would make decisions that would disenfranchise or that they would make decisions that would negatively affect performers, churchgoers and everybody. It might not be palatable to us performers, but whatever it is, we have to work with it and hope that in the future we come back to some sense of normalcy,” the veteran actor said.

Samuels, in his trademark comedic style, explained how much the pandemic restrictions have impacted his pockets.

“I had no pocket to begin with, so nothing me have. Nothing me look for,” he said.

But Daley was more forthright in his admission that his pockets have been significantly impacted. While he expressed that he understands the importance of imposing the restrictions, he bemoaned the slow pace and lack of creativity in finding ways to reopen the sector in Jamaica.

“I can’t say I totally disagree with the lockdown (in Jamaica) because we have to think about the preservation of life, but I am little bit disappointed in the lack of attention to opening up the sectors and doing it in a way that is safe for the public, because there is a way to do it,” he said.

Further, Daley said he is concerned about the languid pace of vaccination in Jamaica.

“If we get more people vaccinated in the country, then that will help the situation. I have been vaccinated. I am not anti-vaccine even though there are issues with the COVID vaccine. I took it due to work and health considerations,” he said.

Estimates by the entertainment ministry have placed the economic fallout in the entertainment sector in excess of $26 billion up to May last year. However, that figure has grown substantially since with prolonged restrictions up to this point, albeit a brief period between July 1 - 25 when the restrictions were eased.

“When extrapolated to the relative size of the industry, this represents loss to the arts and entertainment sector as, conservatively, $19.2 billion for micro and small creative businesses and individuals. Coupled with losses from medium and large events such as Calabash Literary Arts Festival, Carnival in Jamaica, Dream, and Reggae Sumfest, the lost revenue increases to in excess of $26.182 billion,” Entertainment Minister Olivia Grange explained last year.

In the meantime, Daley was a show-stopper at a comedy event staged at the Caribbean Teaze Restaurant in West Palm Beach, Florida, where most restrictions have been eased and mask-wearing is a personal choice for members of the public.