30 parliamentarians so far unaware of being investigated by Integrity Commission 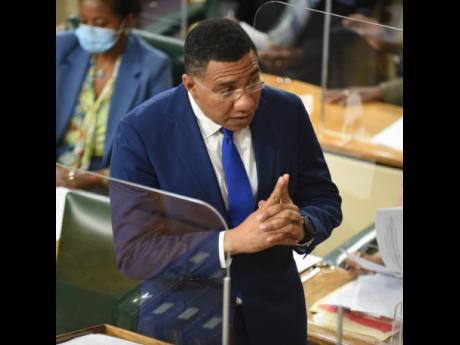 Eight more legislators say they are not aware whether they are the subject of the Integrity Commission’s probe involving two politicians for alleged illicit enrichment.

This brings to 30 the number of parliamentarians who have given definitive answers to the question being asked by The Sunday Gleaner of the 84 persons who make up the House of Representatives and the Senate.

Senator Kavan Gayle; J.C. Hutchinson, state minister in transport and mining; Homer Davis, junior minister in local government and rural development; and members of parliament Dave Brown, Kerensia Morrison and Delroy Slowley are among the latest government representatives to indicate they’re not aware of any probe involving them.

Responses to date have been sought from 60 legislators, which comprise a mix of representatives of the ruling Jamaica Labour Party (JLP) and the PNP. The JLP has 61 persons in its parliamentary group to the PNP’s 22.

There is one independent who has publicly expressed support for the policies and programmes of the JLP.

In its 2020-2021 annual report, the Integrity Commission revealed that two lawmakers were referred for prosecution for submitting false information on their income and assets, while two others – believed to be the same persons – are being investigated for illicit enrichment.

“Parliamentarians”, suggesting current members, was the choice of word used in the commission’s report which elsewhere made it clear when it was referring to former MPs or senators.

Illicit enrichment arises under the IC Act when the person fails to explain or give a satisfactory reason for owning assets disproportionate to their lawful earnings.

The Integrity Commission Act, which was proposed under the previous Portia Simpson Miller administration and enacted into law in 2017 under the current Andrew Holness administration, blocks the commission from providing any details about its investigation until a report is tabled in Parliament.

However, civil society advocates and some lawmakers have said given the status of the persons involved, the country deserves to know. Others have argued that the risk of reputational harm should be prioritised and the public should await the findings of the investigations.

Some lawmakers have also expressed concern about the commission’s secrecy clause and said they would support changing it to allow for some disclosure of information before probe is wrapped up.

NOT AWARE OF INTEGRITY COMMISSION PROBE