C. Orville McLeish affirms who he is in Christ 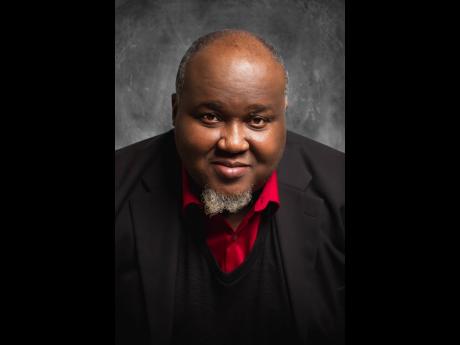 C. Orville McLeish has come a long way to cementing who he is in Christ. Today, he shares that knowledge in a devotional titled Who Am I in Christ with declarations of faith.

After experiencing God showing up big time in his life, he can now point the way to others as he opened up to Family and Religion on what his life was like before God transformed him.

McLeish said he embraced the words of the Apostle John when he wrote "the one born of God (who knows himself) does not sin".

As his knowledge of who he was in Christ increased, he said that his appetite for sin decreased.

Now that he can truthfully answer the question 'Who are you in Christ?', that has been the catalyst for his book. Commenting on the question that changed his life, McLeish said he was taken aback by the question but realised after a few painstaking minutes, which he said felt like a lifetime, and more than 10 years as a Christian, that he could not answer the question.

“I knew I was saved and on my way to Heaven, but that was the sum total of what I knew about my new identity. My inability to answer the question started me on a journey to learning my identity in Christ, and the revelation literally changed my life,” he shared.

McLeish said the one thing he now wants readers to take away from his book is that when they begin to believe what God has said about them, then they will begin to do what He says they can do. He stressed that this is not a formula, but rather a divine design.

Born and raised in Old Harbour and a graduate of St Jago High School, McLeish is a TBN-published inspirational author and also the author of over 14 books in the Made in God’s Image Series. He has published multiple books and is a member of the Old Harbour Church of God of Prophecy, where he serves as a youth director, minister in training, and Bible study teacher.

His encouraging words are for everyone to shed the false perception of self and embrace who they truly are so the sons of God can emerge on the earth, and creation will have no need to groan any longer.

“You are who God says you are. Receive it. Declare it. Believe it. Become it,” McLeish said.