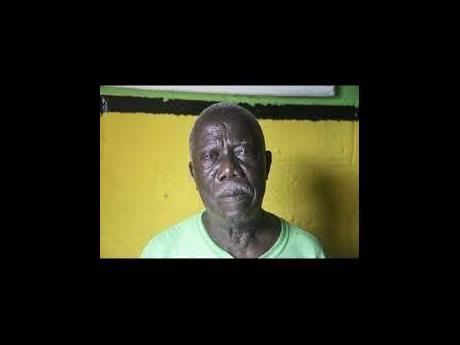 David Earle, who provided yeoman service at the Montego Bay Boys and Girls Club for over five decades, during which the club emerged as one of the most respected institutions in western Jamaica, has died.

Earle, who died last weekend at the age of 79 years old, was featured in an article in The Gleaner in July, in which Atlanta-based businessman and former St James Football Association president, Wesmore Thomas, announced the launching of an ambitious GoFundMe project to raise funds for Earle, who was battling ill health.

“I have been in constant communication with his family because I knew his health was deteriorating and I really wanted to assist him with his medical expenses and other needs,” said Thomas, who raised close to J$700,000 through the GoFundMe account and a fish fry, which was staged at the Montego Bays Club headquarters on River Bay Road, in downtown Montego Bay, just over a week ago.

“I am saddened by his passing because he was one of those stalwarts who served Montego Bay well as a sportsman in his younger days and as a role model and father figure to the thousands of young people who have had life-changing experiences at the club, during his later years,” added Thomas.

Earle and the late Gladston ‘Pop’ Lawrence are credited with transforming the lives of scores of wayward youngsters across western Jamaica, who, once they joined the popular club, had no choice but to conform to strict discipline and the social graces, which was an integral part of their grooming at the club.

The club, which was founded in 1942, has focused primarily on grooming youngsters in sports, music and skills training, among other areas of development. It was seen as one location where parents gladly took their children to develop their socialisation and other skills under the watchful eyes of Earle, Lawrence, and the other positive role models at the club.

Earle, who was a much-feared footballer as a youngster representing ‘Old Boys’ and the St James parish team, also served on the St James football board for many years as an administrator.

Over the years, Earle had been the recipient of numerous awards, recognising him for his enviable contribution to the Montego Bay Boys Club and the wider St James. The awards include the prestigious Sam Sharpe Award, which was presented to him in 2006 for his contribution to community development.

Following the announcement of Earle’s passing, many persons took to social media to pay tribute to his contribution and rich legacy. The list included former national striker Paul ‘Tegat’ Davis, publisher Lloyd B. Smith, Texchus Nembhard, the former head of the Western Referees Group, and many former board members of the St James Football Association.

“RIP, my friend. You have helped to improve the lives of many youngsters. A true community builder,” wrote businessman and former St James Football Association board member Egerton ‘Zigga’ Forrester.