Earth Today | Service club makes a difference, one tree at a time 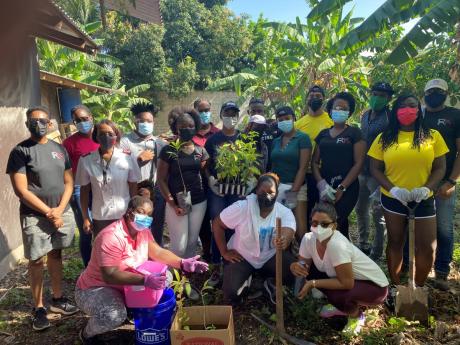 Contributed
left: Team members at Rotaract Club of Kingston, together with representatives of The Salvation Army’s School for the Blind and Visually Impaired Children share a photo moment before the start of their most recent tree planting initiative. 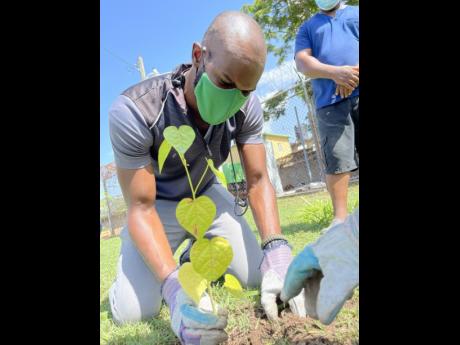 Contributed
Prospective member Janoy Sinclair was knee deep in service as he secured the roots of this new plant. 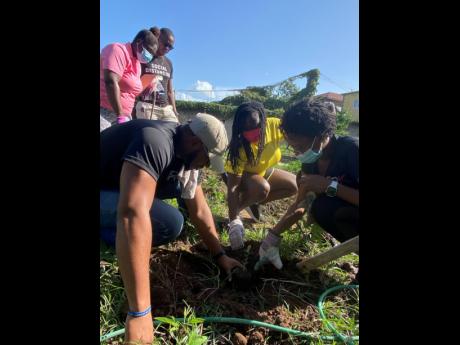 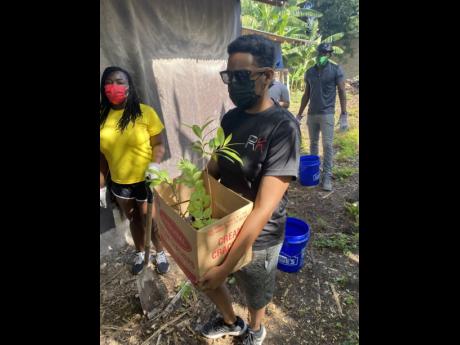 Contributed
President Marc-Anthony Hart flexed his muscles as he delivers a box of fruit trees to be planted.
1
2
3
4

THE ROTARACT Club of Kingston (RCOK) continued its efforts to support local environmental sustainability this past weekend ,with the planting of some 20 ornamental and fruit-bearing seedlings on the compound of The Salvation Army School for the Blind and Visually Impaired Children.

The project was a joint initiative among the six Rotaract Clubs within Jamaica East, under the theme ‘Plant a Tree, Plant Hope for the Future’. Together, the clubs have planted approximately 120 trees at eight locations around Kingston and St Catherine.

The initiative is the first community service project for the new Rotaract year (2021/22) and was made possible through funding from the Sandals Foundation’s Caribbean Tree Planting Project. The project was launched in April 2021 with the goal to empower individuals to take action to strengthen the region’s climate resilience and promote environmental sustainability.

“This initiative marks the beginning of a promising relationship between RCOK and The Salvation Army’s School for the Blind and Visually Impaired Children,” said Natasha Burnett, director of community service at the RCOK.

“We not only planted trees of hope, but we’ve expanded and diversified the existing feeding programme at the school by adding seedlings that can be harvested once matured, and utilised by the school for the nourishment of the students in the future,” she added.

“We have been in dialogue with the custodians of the institution, and we have identified other areas where they could do well with some support. This year, as a club, we have decided to leverage our efforts to support the facility to improve overall access and inclusivity of the students and beneficiaries of the noble institution,” Burnett noted.

Club president Marc-Anthony Hart said that the project is an excellent start to the new year, adding that, under his leadership, the club aspires to become even more vocal advocates for local ecological preservation.

“Environmental preservation and sustainability have always been the hallmark of the Rotaract Club of Kingston mandate and, every now and again, we find unique ways to create a ripple effect of impact. This year, the Rotaract Club of Kingston will be raising our voices and efforts to evolve our passion and inspire change. The future of Jamaica depends on our actions,” he said.