Crime was very low when we gained Independence - Farmer 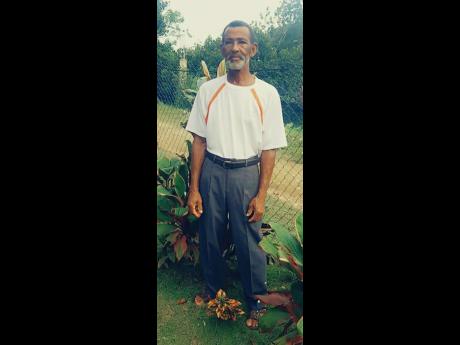 IT has been 59 years since Jamaica gained Independence from British rule, but 72-year-old farmer Errol Reid of Content, St James, still remembers the celebratory fun and community camaraderie that was on full display in the neighbouring Adelphi community on August 6, 1962.

Reid, who was 13 years old when Jamaica’s independence first became a reality, with the nation’s flag replacing the United Kingdom’s Union Jack, admitted that he does not own any physical memorabilia of the celebrations that followed the historic event.

However, the 72-year-old farmer’s memory was clear enough to recall the various events and attractions which were held in Adelphi at that time, including a beauty contest which was won by his older sister, Murine.

“They had a big show down by the common area, right in front of Adelphi Gardens, and had a beauty contest, where the winner got a prize from the mayor of Montego Bay. It was Ralph Barrett who was the mayor at the time, and my sister Murine won the beauty contest and got the prize,” Reid recounted.

“They had a weightlifting competition, where some weightlifters came up from Montego Bay and did weightlifting on the common area; and I think they even had a merry-go-round. Everyone was happy, socialising and talking about independence and about the changes they expect in the country,” Reid added.

One thing Reid misses about Jamaica’s early days of independence is the lower level of crime the country had, compared to nowadays.

“From 1962 to now, we never had the amount of crime back then that we are having now. It was more peaceful back then, and people were more loving during that time,” said Reid. “I believe that if the country’s leaders put out more effort, Jamaica would be in a far better position than what it is in now.”