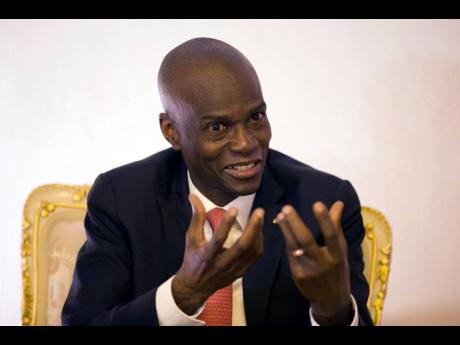 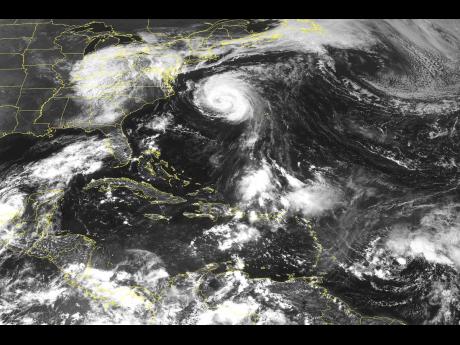 Forecasters at the National Hurricane Center (NHC) are keeping a close watch over three weather systems now churning in the Atlantic basin. 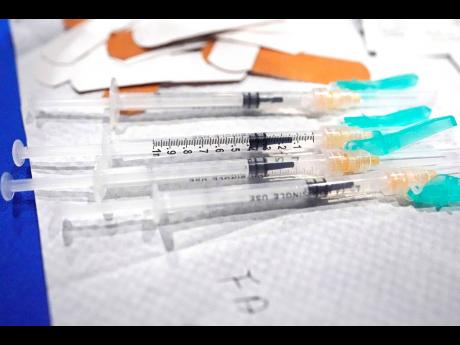 Forecasters at the National Hurricane Center (NHC) are keeping a close watch over three weather systems now churning in the Atlantic basin.

Although the systems have low potential for cyclone formation at this stage, the Miami-based NHC is advising those in the North Atlantic, Caribbean Sea and the Gulf of Mexico to pay attention to its development.

The first system, the NHC said in its advisory yesterday, is a broad area of low pressure located a couple hundred miles south of the Cabo Verde Islands, and is producing disorganised showers and thunderstorms.

The NHC said, although environmental conditions are only marginally conducive, “some slow development of this system is possible during the next few days while the system moves west-northwestward to westward across the eastern and central tropical Atlantic, at 10 to 15 miles per hour.”

The second system is located over the eastern tropical Atlantic about a thousand miles west of the Cabo Verde Islands and is a small but well-defined area of low pressure.

The center has given the system a 20 per cent chance of formation through the next 48 hours, and 30 per cent through five days.

A third system, a tropical wave, is located over the west-central tropical Atlantic and is producing limited shower activity, the NHC said.

“Significant development of this system is not anticipated as it moves west-northwestward across the Lesser Antilles and eastern Caribbean Sea during the early to middle part of next week,” it said in its advisory.

This system has zero per cent formation chance through 48 hours and a low 10 per cent chance of formation through five days.

Hundreds of Barbadians took to the streets of Bridgetown yesterday to protest mandatory and coerced vaccination.

Most of them were dressed in white.

"We have rights,” some others said as motorists honked their horns in support.

However, shortly after student minister of the Nation of Islam, Abdul Rahman, gave a speech, the police asked the crowd to disperse.

The Barbados Nation reports, despite the order, a large section of the crowd decided to extend the protest.

It is also considering the possibility of mandatory testing for the virus.

Barbados Attorney General Dale Marshall has been tasked with providing Government with a legal opinion on the criminal and civil liability associated with mandatory COVID-19 testing and vaccination.

Caribbean received the lowest FDI in a decade because of pandemic

CMC – A new report by the Economic Commission for Latin America and the Caribbean (ECLAC) says, amid the COVID-19 crisis, the region received in 2020 the lowest amount of foreign direct investment (FDI) in a decade.

ECLAC’s annual study – launched at a virtual press conference hosted by Alicia Bárcena, ECLAC’s executive secretary – says that, in the context of the severe health, economic and social crisis prompted by the COVID-19 pandemic, Latin America and the Caribbean received US$105.48 billion in FDI in 2020 – 34.7 per cent less than in 2019, 51 per cent less than the record high achieved in 2012, and the lowest amount since 2010.

Globally, the report says the amount of FDI dropped by 35 per cent in 2020 to about US$1 trillion, which represents the lowest value since 2005.

“Latin America and the Caribbean has experienced a downward trend since 2013, which has spotlighted the relationship between FDI flows and commodity price cycles, mainly in South America,” the report says.

It suggests that global FDI flows will recover slowly.

The report indicates that FDI increased in just five of the region’s countries in 2020: the Bahamas and Barbados in the Caribbean; Ecuador and Paraguay in South America; and Mexico, which is the second-biggest recipient in the region after Brazil.

The report says the natural resources and manufacturing sectors, with declines of -47 per cent and -38 per cent, respectively, were the hardest hit in 2020.

CMC – The government of Haiti has called on the United Nations (UN) to conduct an international investigation into last month’s assassination of President Jovenel Moise.

The request was made by way of a letter to UN Secretary General Antonio Guterres, sent from Haiti’s embassy in the Dominican Republic.

Specifically, Haiti called for an “international commission of inquiry” to be formed, along with a special court to prosecute the suspects.

The letter, signed by foreign minister Claude Joseph, said that Haiti considered the attack on Moise in his residence an international crime because of the alleged role of foreigners in planning, financing and carrying it out.

Haitian authorities have detained former Colombian soldiers allegedly hired by a Miami-based security firm, on suspicion of carrying out the assassination of Moise.

Haiti also said the UN support should follow the model of its inquiry into a 2005 terrorist attack in Lebanon, which killed 22 people, including the prime minister.

CMC – The Rastafarian community in the Bahamas has defended the use of natural remedies in the fight against COVID-19 by stating that none of its members has contracted the virus.

The claim was recently made by High Priest Rithmond McKinney, who declared that no Rastafarian will take COVID-19 vaccinations, as they believe being injected with “any foreign substance” is against their religious beliefs.

In a statement, McKinney said that the Rastafarian community sees vaccines as being detrimental to “the holistic development of our children. Rastafarians believe that the dangers of vaccines outweigh the benefits and are strongly opposed to any policy that demands immunizations as a condition for education and/or work.”

McKinney said medical officials need to tell Bahamians how they could help themselves.