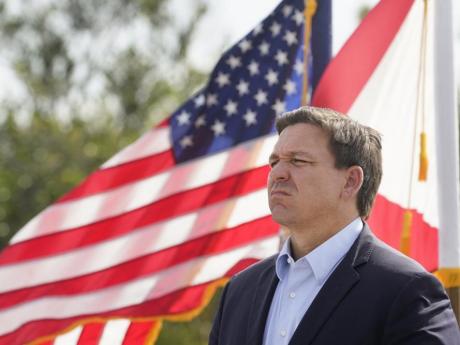 Florida's Democratic Party Vice-Chair and former director of the Diversity Caucus, Dr Karen Green, who is Jamaican, has likened his action to a socialist regime, which he decries in Cuba.

“How can the governor arrogate unto himself the position of telling school districts not to implement a mask mandate or risk losing their funding? He is telling schools that if they take a decision to safeguard the health of students and school administrators and teachers by the wearing of masks their action runs contrary to his demand and his stated position.

“This is imposing his will on these institutions and contrary to what he might say, does not allow for the freedom of choice by parents, students, school administrations and school boards,” said Green.

She said that he needs to reconsider his stance.

“By telling the people of Florida that they should not have a mask mandate for schools he is saying that he is all-knowing, all-powerful, and only his opinion matters,” argued Green.

She is contending that the people of Florida are left exposed to the ravages of illnesses without the protection afforded to them by the Federal government, stressing that DeSantis needs to understand that his action could endanger the lives of students, teachers, school administrators, and others in the wider society.

“At a time when COVID is spiking out of control in Florida because of the Delta variant, with hospitals reporting near capacity, the governor would do well to concentrate his efforts to get the unvaccinated vaccinated and to ensure that Floridians follow COVID protocols.

Governor DeSantis should follow the example of his fellow governors in Arkansas and Louisiana, who are trying to re-establish mask mandates, two states, like Florida, that are experiencing a high rise in COVID cases. That is the mark of a true leader who has the welfare of the citizens at heart and is not taking grandstand positions that appeal to the tyranny of the minority.”

Secretary of the Florida Democratic Party, Casmore Shaw, who is Jamaican, is arguing that through his executive order, DeSantis is putting students, administrators and the state at risk.

“His order is not logical or beneficial to the state and the country. He should be thinking of the well-being of the citizens of Florida,” said Shaw.

Shaw, who is a former educator, said that when it comes to COVID-19, DeSantis is all over the place, arguing that he has not seen a coordinated strategy to bring the virus under control.

“His recent executive order on mask mandate is not helpful and does not take into consideration the well being of the citizens of Florida. How can you decry a plan that protects children?” said Shaw.

He said that basic human decency remand that the governor reverses his executive order.

“He can do no less. This is wicked and political.”

Shaw fears that with the executive order, teachers may be reluctant to go back into the classrooms.

And Chair of the Caribbean Caucus in Florida, Glenn Joseph is contending that the actions of the governor throughout the pandemic have been disastrous.

“The action that the governor has taken is dangerous to our children. It puts added financial burdens on parents as some may want to keep their children home because of this order and they, in turn, will not be able to go to work as they may not have the financial support for babysitting services,” said Joseph, who is Trinidadian.

“The governor is coming after health rights and this is dangerous. Withholding funds from schools because they choose to implement a mask mandate does not make sense,” he said.

Joseph said that because of the governor's order, parents may have to keep their children home and go back to online learning.

“Public health is public health and if people cannot go to work businesses will not survive,” he said.