Give Rastafarians a piece of the cannabis industry pie – Allison 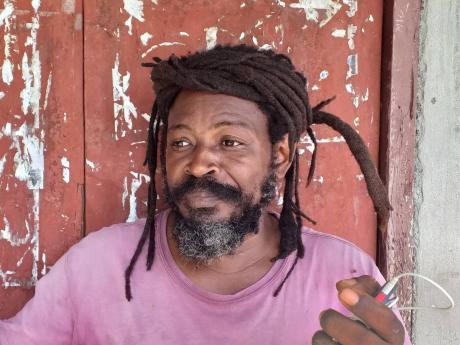 Markland Allison, a Rastafarian resident of Mitchell’s Hill in Rock River, Clarendon, has strong views regarding the opening up of the ganja industry in Jamaica.

Jamaicans are encouraged to take advantage of the wealth that can be earned by entering the estimated US$42 billion industry – however, for Allison, it is just a pipe dream for the ordinary folks and Rastafarians.

Asking for a fair chance for Rastafarians across the country, he said his observation is that “classism in Jamaica is worse than racism in America”.

Allison, who shared with The Gleaner that he made the deliberate decision to remain in his community in order to create a positive impact amid the brain drain, said he has little hopes of getting a foothold in the ganja industry.

Allison said he thought he was seeing a light at the end of the tunnel with the introduction of medical marijuana. However, he noted that he never knew that “the tunnel was so long”.

“The ganja industry, we have seen a number of persons getting licence, and as a Rastafarian I think there is a definite effort to starve us from this licensing system. I say that against the background based on my experience,” he shared.

His ‘experiences’ include the observations of what is happening in his community, as he pointed to the hills which he said was once a flourishing field of sugar cane and is now non-existent. He said two truckloads of coffee used to be shipped from the area, and now there is not one coffee tree to be seen.

Pointing to the similarity with the ganja system, he said even before starting the registration process, which he dubs “cost more than an arm and a leg – an entire body”, he believes it is far-fetched for the average man and therefore leaves them hopeless.

“I think there should be a better more progressive way to get a licence to farm ganja,” he noted.

According to Allison, he has observed on more than one occasion police personnel cutting down ganja trees.

“Those persons would have loved to get licences to plant ganja and they are being shut out. They have to buy fertiliser; yes, it is illegal, because they are forced to grow it illegally,” he opines.

Allison has urged Prime Minister Andrew Holness to give Rastafarians a chance.

A chance for him includes finding ways for the financially challenged ordinary man to enter the industry.

”If you look at the process, it’s for persons who have capital and links to capital, and when you don’t have capital you need to get the opportunity that can link to capital,” Alison shared.