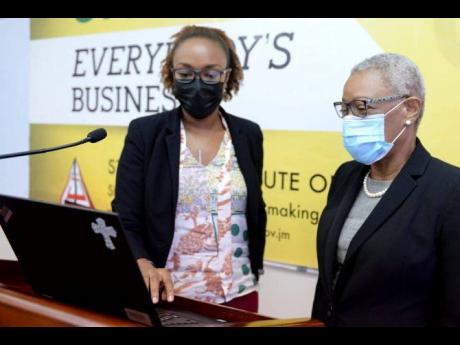 A total of 786 jobseekers were placed in employment locally through the Electronic Labour Exchange (ELE), with females accounting for 78.2 per cent of placements.

As contained in the Planning Institute of Jamaica 2020 Economic and Social Survey, there were, however, an overall decrease in placements – 36.9 per cent and 49.4 per cent for males and females, respectively.

“Placements in industries such as accommodation and food service activities were affected by the pandemic and resulted in reduced placements generally,” the document said.

Increased promotion of the Labour Market Information System (LMIS) web and mobile application, and a shift from in-person to virtual platforms for the delivery of services, resulted in the registration of some 897 jobseekers.

To provide further support for various categories of jobseekers, the LMIS team targeted jobseekers who were more likely to have experienced job loss as a consequence of the pandemic, and engaged in several partnerships with stakeholders to promote the LMIS and improve accessibility.

The LMIS is an interface job-matching system that permits increased access to the labour market intelligence. It has three major components – the ELE, the Labour Market Intelligence and the skills bank.

The system provides both online and offline services for jobseekers and employers across various industries, and is free of cost to the user.