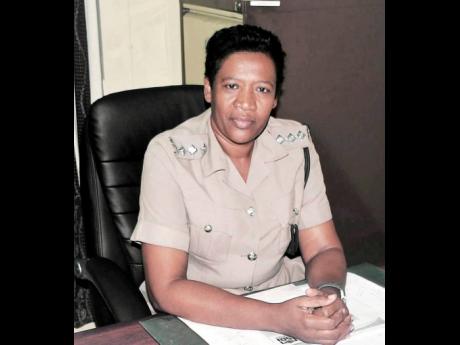 THE HANOVER police have embarked on a major drive to seize illegal motorcycles operating in the parish.

According to the police, statistics gathered on crimes committed in the parish are pointing to motorcyclists being involved in a significant number of those crimes.

In recent months, the police have been quite vigilant against motorcyclists and have seized numerous motorcycles which were found to be operating illegally.

“At present, we have over 300 motorcycles in storage in the station yard,” Superintendent Sharon Beeput, the commander of the Hanover police, told The Gleaner.

With approximately 19 shooting offences committed in the parish since the start of 2021, The Gleaner has learned that seven of the incidents involved motorcyclists. Of the seven, three were involved in the commission of murder while four involved non-fatal shooting offences.

“We seize motorcycles daily, not less than two, sometimes as many as four in one day,” explained Beeput, who is now facing a space problem at the Hanover police headquarters, where many of the motorcycles are stored.

At the July monthly meeting of the Hanover Municipal Corporation (HMC), Lucea Mayor Sheridan Samuels urged the police to become more proactive in their response to the number of illegal motorcycles that traverse the roadways daily. His concern was against the background of the significant number of road crashes involving motorcycles and the increasing number of crimes being committed by motorcyclists.

In reference to the mayor’s concerns, Beeput made it quite clear that the police have not been negligent but were in fact doing all they could to track down and apprehend criminals who are using motorcycles in carrying out criminal activities.

“As I said before, they (the Hanover Municipal Corporation) ought to enlighten themselves about what we are doing, because the impression is that they are not aware that we are seizing the motorcycles, which is a daily thing for the Hanover police. Some of the motorcycles that we have seized have helped us to solve some of the murders occurring within the parish,” said Beeput.

Beeput also pointed out that the two persons who were implicated in the murder of Lloyd Campbell, who was killed in the Back-A Dias area of the parish on July 31, have been arrested and charged. A court date has not been set for them.