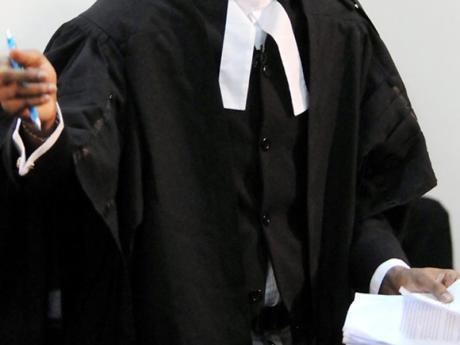 Wilson and Christie, in separate cases, were previously found guilty of professional misconduct by the Disciplinary Committee of General Legal Council and were last month disbarred.

Attorneys Michael Lloyd Wilson and Leonardo Fernando Christie have been struck off the list of lawyers authorised to practice in Jamaica.

Wilson and Christie, in separate cases, were previously found guilty of professional misconduct by the Disciplinary Committee of General Legal Council (GLC) and were last month disbarred.

In Wilson's case, the British attorney was convicted in England in 2016 for laundering £100,000 from a fine wine investment scam and was sentenced to three years in prison.

Wilson, who was found guilty of possessing criminal property, was disbarred and was also disqualified from acting as a director of any company for seven years.

Wilson was the former boss of Global Wine Investments, which was shut down in 2012.

According to information published in the formal order of the GLC's Disciplinary Committee, members of the public paid monies to Wilson's investment company to purchase expensive vintage wines as investments, but in most cases never received the wines and lost their investments.

He helped himself to a large portion of the funds that were collected.

Regarding Christie, he was reported to the GLC after he stopped communicating with a client.

Christie was contracted to represent the client in a personal injury claim involving Key Insurance Company.

The client, who reportedly suffered injuries in a motor vehicle accident in 2015, handed over all the original documents in July 2017 to Christie to support the personal injury claim.

It was further outlined that the client was in communication with Christie up until November 21, 2019.

Since that time, several efforts by the client to contact Christie were unsuccessful.