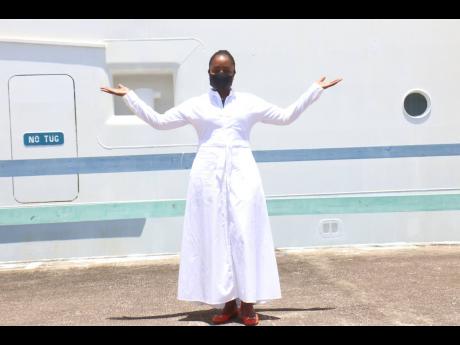 WESTERN BUREAU: The Jamaican executive who is at the helm of cruise ship giant Carnival Corporation’s networking with Caribbean governments has praised the island’s COVID-19 protocols that have led to the restoration of an industry whose fortunes...

The Jamaican executive who is at the helm of cruise ship giant Carnival Corporation’s networking with Caribbean governments has praised the island’s COVID-19 protocols that have led to the restoration of an industry whose fortunes sunk with the rise of the pandemic.

Marie McKenzie, Carnival’s vice-president of global ports and Caribbean government relations who has oversight of 27 countries in the region, liaised with Jamaica’s ministries of health and tourism and the Port Authority of Jamaica in preparation for the return of the first cruise ship, Carnival Sunrise, which docked at the Ocho Rios Pier on Monday.

McKenzie has only praise for the Jamaican Government, which, she said, was supportive of the thrust to refloat the sector that had pre-pandemic earnings of US$500 million in 2019.

“The Ministry of Health had very strict guidelines, and I respect that. You know, when we’re dealing with COVID, which is real, in no way are we trying to discredit or undermine any country’s position and how they choose to manage the health of their country,” McKenzie told The Gleaner.

That vote of confidence is a sign of the thawing of relations between the Jamaican Government and the cruise ship industry that had grown icy in late February 2020 as Kingston imposed tougher guidelines on safety and record-keeping as COVID-19 threatened its shores.

McKenzie, an Immaculate High alumna who studied accounting at Howard University in Washington, DC, has spent the last 26 years with the multibillion-dollar cruise company.

The Kingstonian, whose background has been in leading the financial operations of Carnival, said she was appointed to lead Caribbean engagement in late 2016. The new post includes working with the port development teams in the various countries and discussing development opportunities within the region.

“So not just relationships, but anything that relates to port needs and also experiences, such as our Mystic Mountain or onshore experiences that are needed for shared guest experience,” the 51-year-old told The Gleaner.

“I work with all of those firms whenever they’re coming into the Caribbean – any needs that they may have with government. Equally important, if I need any community-related activities, whenever we have a response process, I lead that process in the region,” she said.

Before COVID-19 disrupted global travel, McKenzie would frequently visit the islands in the region. However, like many corporates, she has resorted to communicating via Zoom for several of her meetings.

But she told The Gleaner there is no better engagement than in person.

McKenzie, who works out of the Carnival Corporation offices in Miami, Florida, has a love affair with the Caribbean and speaks glowingly of a region that she says is rich in culture, food, and authentic experiences.

“Being on the ground, I have learnt that Dominica is the Nature Island; Grenada is the Spice Island of the Caribbean. When you start to really walk the ground of these islands, you recognise the authenticity of proximity and the creation of a region that is so unique,” she said.

For her, the Caribbean has so much to offer to the world, and she looks forward to the day when people understand the diversity that makes the region so special.

It’s obvious her favourite island is Jamaica, and the pride of place was evidenced by the twinkle in her eyes on Monday with the cruise ship Carnival Sunrise docked at the Ocho Rios Pier.