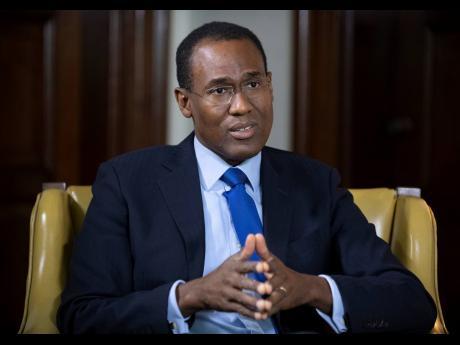 Clarke stated that the funds would be disbursed to the Office of Prime Minister and that the advance will be recovered in the September warrant now being prepared.

The Ministry of Finance will advance more than $189 million to constituencies to assist with care packages during the intense lockdowns starting next week.

“This is for care packages in response to the no movement [curfews],” said Portfolio Minister Dr Nigel Clarke in response to Financial Gleaner queries.

“People may be affected income-wise and so on. This is to alleviate that.”

The care packages will include food and hand sanitisers.

The Ministry of Finance will arrange with the Accountant General's Department “an advance of $189 million to the Constituency Development Fund”, stated Clarke in a tweet on Friday.

He added that the funds would be disbursed to the Office of Prime Minister and that this advance will be recovered in the September warrant now being prepared.

Clarke indicated that members of parliament will receive the funds next week.

Clarke reasoned that the Government remains cognisant of the pressures brought on by the COVID-19 pandemic including the impact on livelihoods and higher commodity prices impacting on local prices.

For the first quarter of the fiscal year, between April to June 2021, tax revenues are ahead of budget by some $12 billion, stated Clarke.

This reflects increased economic activity from a base year affected by an economic fallout.

The others are the Bank of Jamaica and the Statistical Institute of Jamaica— the final authority.

Clarke stated that the funds are meant to ease the pressure from COVID-19 rather than to deal with storm damage from the passing of Tropical Storm Grace earlier this week.

The lockdowns aim to reduce the spread of COVID-19 and the Delta variant.

Nearly four in every 10 samples tested by the authorities are now positive for the virus, equating to a positivity rate of roughly 39 per cent.