Clarendon mom of three appeals for assistance for children 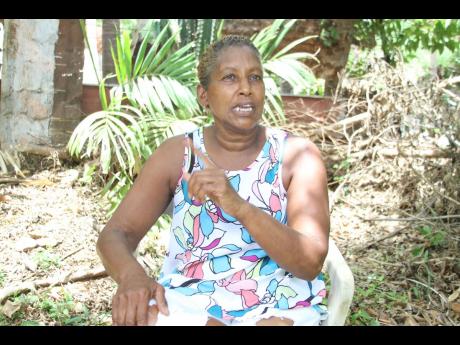 Nathaniel Stewart
Rosemarie Black, family friend, is appealing for help for Roxanne Smith and her children. 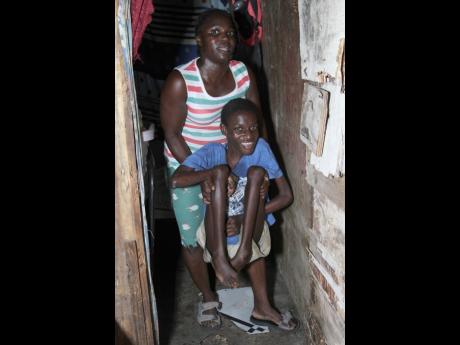 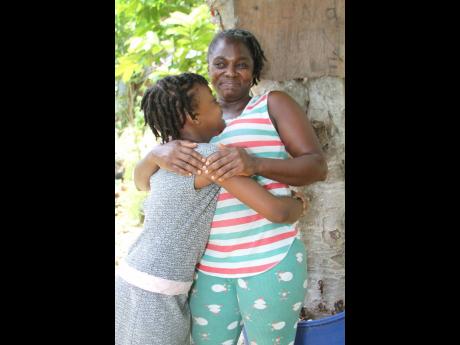 A CLARENDON mother of three is desperate for assistance for her three children, one of whom is physically and mentally disabled.

It is this need that has spurred Debby Donaldson, of Little Deeds of Kindness, and Rosemarie Black, who returned from the United States to care for her ailing father in the community, to reach out to help Roxanne Smith, the 35-year-old mother.

A soft-spoken Smith, who lives in the community of Bucknor, is struggling to care for 15-year-old Zenda Smith, who has polio and mental challenges, and her eight-year-old daughter, and two-year-old son.

Smith, who is affectionately called Eva, tries to downplay her living conditions, but a tour of the house revealed that her dwelling has seen better days and is in need of a major overhaul.

Caring for her physically challenged son is also now taking its toll on her, as she said the constant lifting to bathe him is affecting her back.

That’s why she is pleading for a new wheelchair for her son. It will also aid when she has to take him to the doctor as the one she has now is falling apart.

Not one to depend on handouts, Eva does a little selling, but she said business is slow.

“I have a little chicken coop that my children’s father built. If I could get some help with stocking it, it would help,” she told The Gleaner.

With the new school year approaching, Eva’s eight-year-old does not have a computer and is behind in her schoolwork as she missed most of the classes last year due to not being able to connect to the Internet. Black also noted that Kennesha has attention deficit disorder.

According to Black, highlighting Eva’s situation was “divine intervention”, as she said she needed someone to do some work around the yard and Eva’s children’s father Paul was recommended to her. One evening after work, he took her to meet his children and Eva. She said after seeing their living conditions, tears came to her eyes.

A chance encounter with Donaldson led to her taking steps to assist and bringing the media’s attention to Eva’s plight.

Although Eva is trying to be strong as she relies on God to see her through, she said there are days when she gives in to the tears.

“Sometimes mi go inside and mi a talk to mi son and mi sey Zander, mi see sey you a suffer, you have it hard. Mi haffi bathe you and when mi bathe you I haffi try and put you pon di bed, now it hard how mi a guh manage,” she related. It is at those moments that she burst into tears, but she said her son would laugh and his laughter would cheer her up making the tears “tek time go way back”.

She is also grateful for the encouragement she receives from her aunts and uncles who tell her not to worry as God would see her through. She says they try to help her with food now and again, but they have their own children to take care of too.

Eva, who has HIV, said her greatest desire now is get some help so that her children will not have to struggle as she has.

“I don’t want them to come and suffer like me, mi want dem fi come bright, get a job that they can even help themselves and even me,” she shared.

Making her plea, she said there is space at the back of the house if Food For The Poor wants to assist in giving her better living conditions, as right now her children’s father has to be ‘patching’ the house as it keeps falling apart. She also needs a crib for the infant.

If anyone wants to help Eva, they can contact Debby Donaldson, who is coordinating assistance for her at 876-885-6164.