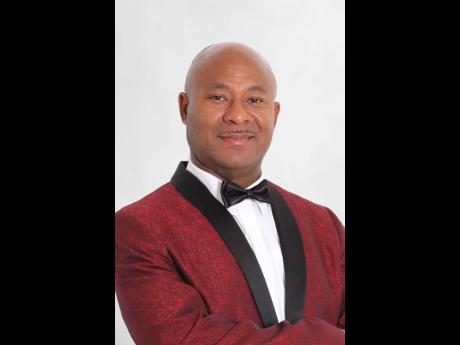 Marriage is a sacred institution, and in wanting to keep it that way, Bishop Dr Rakar O. Williams has penned a book, Extra Marital Affair: A Dangerous Game Many Play, which he hopes will shed light on the dangers of having third parties in a union.

He told Family and Religion that the catalyst for writing the book emerged from a conversation he had with a taxi driver, who shared several stories of infidelity that he encountered in his line of work.

Building on those stories, Williams applied his knowledge and counselling expertise to discuss in his book various issues in relation to the topics.

Sharing on some of his discoveries during the research phase of the book, Bishop Williams said one of the factors for extramarital affairs is greed – the greed for money and pleasure.

“Another driving contributor is an unhappy home with ongoing disagreements, malice, and lack of communication between partners. In all of these cases, persons try to find fulfilment outside of the marriage. From a spiritual point of view, Satan targets and fights marriages because it was instituted by God. For marriages to survive, it calls for commitment from both parties and a dependence on God when challenges arise,” he shared.

Expounding on the book, Williams said it encompasses some dramatic scenes and is presented to reveal crucial issues to look at, especially in relation to sexual abuse of children by adults.

The author also shared some legal issues to be considered. Each chapter is supported with discussions on the cultural issues, theological reflection and counselling implications of extramarital affair.

Williams said the book targets persons within the Church who are ready to be victorious in their marriage and family life.

“Broken marriages are very popular within churches and are growing at an alarming rate. This book provides assistance for those who want to help in this fight to stay married and enjoy their union. It is also helpful for the unmarried, counselling student and ministry workers,” he shared.

Born in Greenwich Town and raised by a single mother, Williams grew up in the church and was known for his singing at church. He was exposed to all the negatives of the inner-city community, including skipping school for much of his formative years at Greenwich All-Age School and doing various pranks to solicit money.

At age 11, his parents moved to live in Lluidas Vale, St Catherine and he later passed the Common Entrance Examination for Charlemont High School in Linstead, St Catherine. It was while at Charlemont that his life took on new meaning. He excelled academically, volunteered in various extra-curricular activities, and served as prefect and deputy head boy. During this time, he travelled to Kingston on weekends and holidays, mainly for church.

At age nine, he gave his life to the Lord, taking his watery baptism a few years later.

“It was at this point that I began to take my Christianity serious and the songs I would sing now became a reality in my life,” he said.

Throughout his Christian journey, Williams said he has seen God at work, with the most memorable being in his academic and career pursuits.

“I recall in high school my examination fees were stolen, but in the nick of time I received a scholarship to pay for my examinations,” he shared.

In addition to Extra Marital Affair: A Dangerous Game Many Play, Williams has written two other books, Governance: A Challenge to Small Churches which provides information on critical issues of leadership, administration and governance that small churches need to pay attention to, and Helping Children Scarred by Circumstance which provides information on critical issues of development and supervision of the generation alpha children. This includes issues of violence, sexual molestation and abuse, financial constraints, and striking the balance between productive work and social media.