Established in heaven, sealed on earth 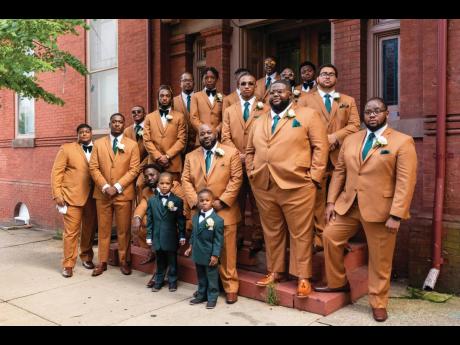 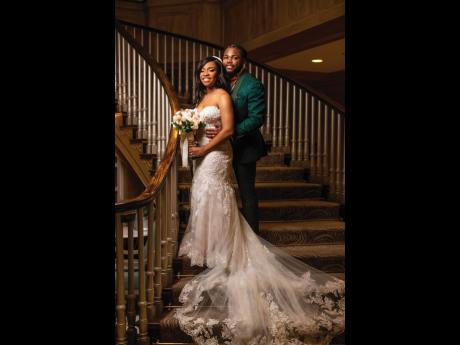 Established in heaven, sealed on earth is probably one of the most fitting ways to describe the union shared by JaQuan X. Gamble and his newly wedded wife, Shambraé K.

The two, who exchanged holy vows on Friday, August 20, at the Belvedere Hotel in Baltimore, Maryland, shared that their story of divine intimacy began as being purely platonic.

“Our first time being in the same room together was at a conference in Chicago. We knew of each other but didn’t know each other enough to start a conversation. We really started talking in 2018 on social media when we found out we had the same birthday. We deemed ourselves ‘birthday twins’, and began a completely platonic friendship. We always got along well as friends,” they said, adding that they never considered dating at the time.

Following months of no communication, the two reconnected in November 2019 where they had started to talk more intimately. During this time, according to the Gambles, the spiritual connection between them was unearthed and God’s intention for their future together became clear.

They said, “God began to open up our hearts to the idea of being in a relationship that would lead to marriage. This caused us to fall in love rather quickly and without warning. It was like Adam waking up and seeing Eve for the first time and just knowing she was his wife. God opened our eyes to what had been there all along, and love became natural and easy. We didn’t plan on falling in love the way we did. However, God set the pace of our relationship and we move with Him in everything we do.”

The Gambles told Family and Religion that they both heard from the Lord very early on in their relationship, revealing that they would be married.

Admitting that the revelation was scary at first, they soon cozied up to the idea on the basis that, anything God does, is well done.

“When marriage is God-ordained, you can literally feel the approval of Heaven on your union. Choosing to follow God has resulted in our full confidence in the efficacy and longevity of our marriage,” they shared.

JaQuan and Shambraé revealed that they had initially considered eloping to avoid “unnecessary drama and stress”. However, visions from the Lord insisted on the hosting of a “royal wedding” with friends and family – a direction they decided to take.

“God told us that the wedding was His will, and that He would get glory out of it. We asked the Lord to handpick our bridal party which consisted of 15 bridesmaids, 15 groomsmen, three flower girls, and two ring bearers. Our party was absolutely huge, but God used each of them to support, pray, and assist us through our engagement all the way up to the wedding and beyond.

Our wedding was met with a great amount of warfare, and our bridal party was on the frontlines fighting with and for us daily. We are grateful to have a solid community of friends and family in our circle,” noted the Gambles.

“God gave us a vision of a ceremony that would essentially be an offering to Him. We prayed, prophesied, and shared in communion together. We worshipped our way into holy matrimony and experienced the glory of God literally sealing our union forever. We couldn’t ask for a better day.

We are not experts at this at all, we are just two young people who have resolved to follow the Lord’s will for our lives,” they said maintaining that their confidence is in God’s role in bringing them together and His ability to keep them together.