Crooked River Infant and Primary leading the way in self-reliance 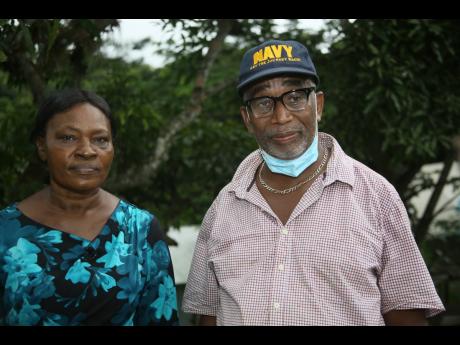 Nathaniel Stewart
Acting Principal Shirley McKenzie and Board Chairman Tony Lewar of Crooked River Primary and Infant School credit the partnership with parents and the community for their ability to weather the challenging times brought on by COVID-19. 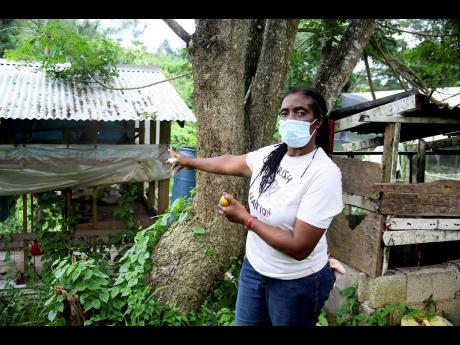 Nathaniel Stewart
Jacqueline Campbel might have been employed as a caretaker at Crooked River Primary but has since become an all rounder on the school’s farm. Here she point to the chicken coup and pig sty that they are preparing for the new school term.
1
2

Stakeholders at Crooked River Infant and Primary School in Northern Clarendon have every reason to be patting themselves on the back as the school has been successfully navigating its way in the COVID-19 pandemic.

As the new school year approaches, many educational institutions are facing challenges, with parents finding it difficult to pay school fees, but teacher and acting principal, Shirley McKenzie, in an interview with The Gleaner, shared that Crooked River Infant and Primary School’s outreach efforts have resulted in existing projects carried out at the school being so effective that they are now near self-reliant.

Parents who were unable to pay school fees, she said, made themselves available to assist wherever help was needed.

“They may not have been able to give money, but their valuable contributions in time went a long way - working on the farm, in the greenhouse, wherever their services were needed,” she said.

Among the projects at the school is a greenhouse, which was donated by the Clarendon Parish Development Committee Benevolent Society (CPDBS). The school also benefited from the Global Environment Facility Small Grants Programme, which saw it getting US$150,000.

The school also benefited from a grid-tied solar system and a poultry house.

According to McKenzie, in 2016, the school received a failing grade in the Leadership Effectiveness Inventory, and the new principal, Sherine South, along with the team, decided that it would be the last one they would get.

“We told ourselves that we had to try something new, and when the school got a new principal in Sherine South, everyone started doing things differently.

“She is a person who will try to solicit help from all quarters, even from abroad. Anywhere she can get the help, she takes it. She reached out to CPDBS and put in some requests and fortunately, they came through,” McKenzie said.

McKenzie also had praise for Food For the Poor for the spanking new infant school, which was built and retrofitted for them.

The water situation, which was a major challenge for the school, has also been addressed through a New Zealand Fund grant that saw the implementation of water harvesting facilities, including tanks, guttering, and hand-wash stations.

“We had a severe water problem, but now, the harvesting takes care of the school, and we will not have to be dismissing school early as we will have more than enough water to supply our needs,” McKenzie said.

Newly installed chairman of the school board, Tony Lewars, who himself is a past student of the school, said he returned home after being abroad for 36 years and was asked to join the board.

He said that he, along with the board, is now working on a five-year development plan for the school.

“Mrs South has been innovative in bringing the school to an A1 level, and my role is to make sure we garner the support we will need to move forward,” he said.