NWC to sell billions in debt to collection agency 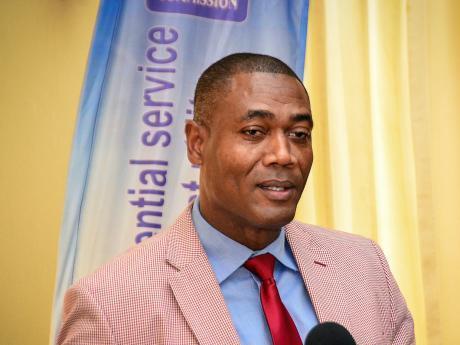 Barnett: “There are no specifics in terms of customer class. It will be inclusive of domestic, condominium and commercial [customers]. Obviously, government accounts will not be part of that."

The National Water Commission (NWC) intends to package $15 billion to $20 billion of its debt for sale to a debt collection agency.

During a quarterly press briefing today, NWC president Mark Barnett said the debt will be sold at a discounted rate.

“There are no specifics in terms of customer class. It will be inclusive of domestic, condominium and commercial [customers]. Obviously, government accounts will not be part of that,” he said.

The utility company disconnected 13,137 customers, which is equivalent to $1.6 billion.

“Based on our aggressive approach to collection, we have seen some positive movement in our revenue over the last three to four months. We did in fact see upwards of about 10 percent increase in our monthly revenue as a result of these drives we are pursuing,” Barnett said.

“On the no-movement days, while we won't be doing any disconnections, certainly on the movement days, we will be coming to you once you haven't paid,” he said.

Meanwhile, on the issue of storm damage, Tropical Storm Grace has cost the NWC $26 million.

Some $18 million was allocated for corrective works at the Aviary Sewerage Treatment Plant in Old Harbour, St Catherine, while $2 million was spent to fix a damaged pipeline in Yallahs, St Thomas.

About 210 facilities were affected islandwide by Tropical Storm Grace and as at September 1, 208 of the plants were restored while two remain out of operation.

And Tropical Storm Ida impacted about 60 facilities, 50 of which have since been restored.