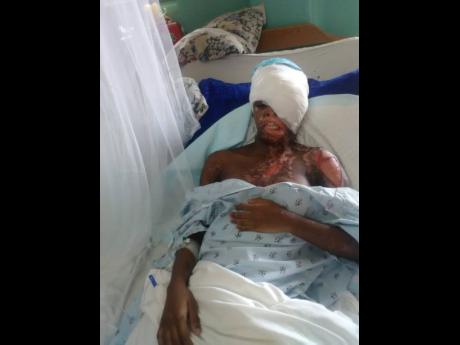 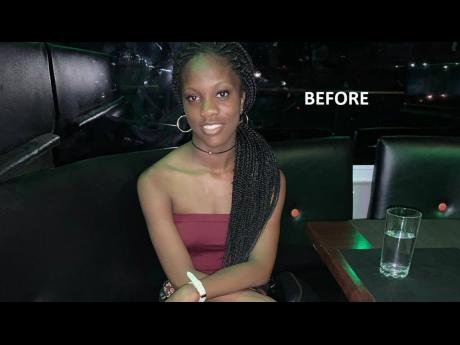 March 8, 2021 will be a day that 21-year-old Shanice Campbell will never forget – it was the day her life changed forever.

She was walking along East Street in the town of Old Harbour, St Catherine, on her way home when she was attacked by an acid-throwing woman.

After the content was thrown on her, she felt the burning sensation and started screaming that she was burnt with acid. Campbell said bystanders heard her screaming and rushed to her rescue and got her to the nearest shop, where the owner poured milk on the burns.

Campbell was later taken to the Spanish Town Hospital, where she was admitted and treated for acid burns.

“Because of the severity of the damage caused by the attack, I had to be transferred to the Kingston Public Hospital for further treatment, where I stayed for a week and was then sent home. However, I had to be readmitted for my injuries just a month and a half later. It was then that I was advised of the numerous reconstructive procedures that I would need to undergo in order to reverse some of the damage caused by the acid,” Campbell informed.

Following the incident, Campbell said she refused to look in the mirror as she could not bear to look at herself. However, with each passing day, she said she got the confidence to look at herself and feel appreciated. It’s a long, hard road for Campbell, as when the incident happened, she was working and looking forward to continuing her course in hospitality and tourism management at the Portmore Community College.

“There were times after the incident when I thought I cannot go on, and then you have people casting comments, but all I know is that I have a good heart,” she shared with The Gleaner.

In the midst of her pain, Campbell has a lot of praises for the team of doctors and nurses at the National Chest Hospital, as she said they have really tried their best to make her feel good about herself.

Presently, she is undergoing skin-graft treatment while she hopes that a GoFundMe account that was created for her to raise the over $4 million needed to go overseas for reconstructive surgery will be supported by kind-hearted individuals.

“A consultation was done with an overseas facility on what the cost will be to perform the surgery, so it is an estimate,” Campbell explained.

Campbell, who reflected on her beautiful appearance, is now looking forward to the day when she can once more describe herself as that. And regarding her attacker, Campbell said it is in the hand of the police, who give her updates from time to time, as the perpetrator is now in hiding.

In the meantime, she is grateful for her support system which includes her family and friends. As she puts it, “When I am on the phone with my friends – the real ones, that is – I don’t even remember that I am a burn victim.”

For anyone who wants to contribute to the GoFundMe account, the link is: https://www.gofundme.com/f/help-for-burn-victim-shanice-campbell?utm_cam...