Raheen Frith – Rising from the ashes of depression to find purpose 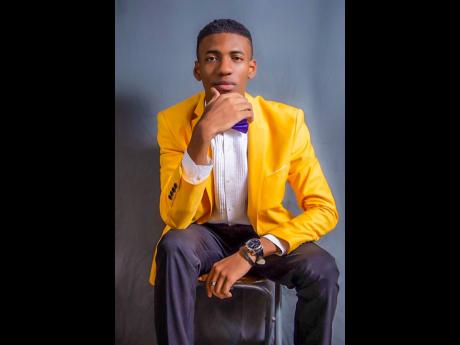 There was a time in Raheen Frith’s life when he thought very little about his education or his future.

In fact, after finishing high school with just two subjects and not graduating, he said it eventually took quite a dramatic toll on his mental health, pushing him into depression and a feeling of living without a purpose.

It got so bad, Frith shared with Family and Religion, that, in order to hide his shame, he avoided every discussion about education.

“I was definitely not the brightest person and most of my downfall came from rebellion, wanting to do my own thing and not realising how much I was affecting my future,” he shared.

Frith said, after a year of sitting at home doing nothing, he eventually allowed himself to do some introspection in order to ditch the feeling of hopelessness he was experiencing. It also helped that his parents were motivating him to get out of that bad place he was in. It drove him to start doing some research on his own, since at the time he didn’t have the financial stability to go back to school.

“I went on the Internet and tried free online courses to test my creativity and to see what I was good at, while still finding my passion in what I was doing. I enjoyed creating content, writing and designing, which led me to graphic designing in 2017. I started to design for my church events and, over time, the quality of my work started to improve. My church encouraged me to reach outside of my circle and more people started discovering me,” Frith related.

Although the money wasn’t a lot, he said it proved to be a confidence booster and a great motivation for him to prove to himself that he could make it big one day if he remained focused.

Frith said he started using his own story to reach out to other young persons in order to motivate them not to give up or stop chasing their dreams; to assure them that they, too, can find their purpose no matter what.

“I stayed at home and started my business without any money, as it was all online and I learned the tricks of getting around the business. I launched out into a smoothie business which didn’t last long because I wasn’t knowledgeable enough about how I should invest my money. But we live and learn, and now I have people around, guiding me so that I avoid making the same mistakes,” he said.

Now that Frith has found his purpose, which involves giving motivational talks, hosting workshops and charity events to pull purpose out of others, Frith said new visions and doors are now being opened up.

He has also recently published a book titled Unlock: The Journey to Purpose, which he hopes will touch and transform lives.

“I believe in helping people even when I’m at my lowest because eventually God will pour back into me without notice. Being selfless has taught me so much along this journey and, the more vulnerable and transparent I am in sharing my story, the more I can touch and transform lives together with God’s help and those around me,” he said.

Frith said the book, which was published on his 21st birthday, is by far one of his greatest accomplishments as he now works towards building his business to send himself back to school without having to take a loan. This, he said, he has every confidence God will bring to pass.

Frith, who declares himself a proud child of God, was born in Manhattan, New York and grew up in Windward Road/Dunkirk with most of his family members. A past student of Gaynstead High School, he does graphic design, is a dance choreographer, youth philanthropist and YouTuber.