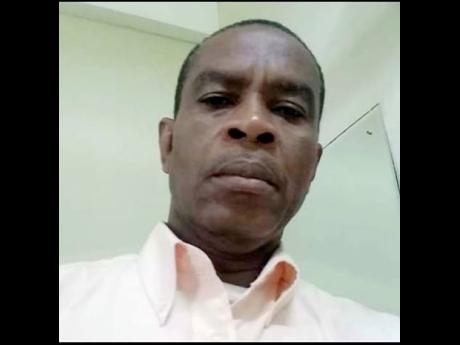 Veteran Clarendon College teacher Eugonando Williams died on Monday after a battle with diabetes and has been praised by a school principal and union delegate for his commitment to education.

Williams died some time after logging on to Google Classroom as he prepared to engage his students on the online learning portal.

“He probably thought he would have been able to come out and attend class, hence his signing in,” Clarendon College principal David Wilson said on Tuesday.

Williams, a teacher at Clarendon College since September 1993, would have turned 54 on September 27. He reportedly died of organ failure at Mandeville Hospital.

Nathaniel Stewart, then a teachers’ college student in 1993, recalled first meeting Williams as officer in charge of the Cadet Unit at Clarendon College. Their professional relationship continued with Williams being the contact teacher Jamaica Teachers’ Association (JTA) representative at the school.

“This summer, he would have been in the hospital and wasn’t able to go to conference, but as soon I returned, he would have called to find out what exactly are the updates, ‘cause he wanted to share those things with his staff,” Stewart, a JTA delegate, told The Gleaner.

Widow Angela Elliot Williams described her late husband as a dedicated father to their two children – a son and daughter – who both attend The University of the West Indies.

A diabetic, Williams had been in and out of the hospital since April, when he was admitted to Lionel Town Hospital for seven weeks.

Following his discharge, he again took sick and was admitted to May Pen Hospital for three weeks.

After being released again, Mrs Williams said her then husband’s condition deteriorated and he was taken to Hargreaves Memorial Hospital Saturday morning, before being referred to Mandeville Hospital.