‘Little improvement in online readiness for the new school year’ 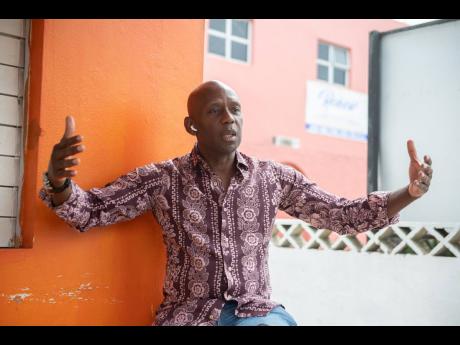 OPPOSITION SPOKESMAN on Commerce, Science and Technology and Member of Parliament for North West St Catherine, Hugh Graham, has said that very little has been done over the summer holiday to improve the education system’s technological readiness and ability to facilitate the continuation of online teaching and learning.

In a statement on Monday, Graham says he is extremely concerned that the Government has failed to achieve a number of targets in relation to the delivery of devices to students and increased roll-out of fibre-optic broadband Internet connectivity across the island.

The PNP spokesman said, “In May 2021, the minister of finance announced the Serve Jamaica Digital Device Programme to deliver digital devices to 100 students in each constituency. The programme was to be administered through the Constituency Development Fund and financed by e-Learning Jamaica.”

As of today, no devices have been delivered, even after the requisite submissions were done by several members of parliament. “This is a total disgrace and an embarrassment for members of parliament expecting to facilitate the most vulnerable students in their constituencies,” he said.

Graham is calling on the minister of technology, Daryl Vaz, MP, to provide the country with an update on the project announced in December to implement a 100-day plan for a fibre-optic broadband network roll-out, and the US$237-million plan to create universal Internet access.

The opposition spokesman says he has heard nothing more about these projects and is concerned that the expectations for improved connectivity will not be met. He said communities such as Juan de Bolas and Tydixon in St Catherine and Banga Ridge in West Portland which were expecting connectivity have received none.

Graham said he was extremely disappointed with the way in which the Government has treated these projects which are critical to the education system, as the students are being disadvantaged through further learning loss. Graham again urging the minister to update the nation on these projects and to fast-track their implementation to prevent further delays in advancing the education system.