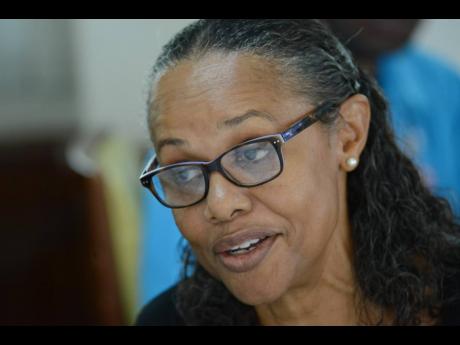 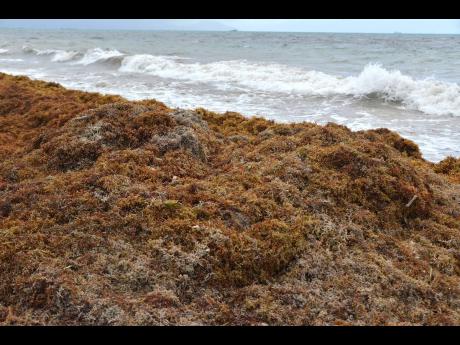 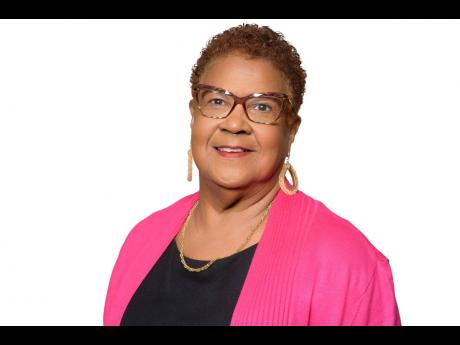 MEMBERS OF academia and the local private sector have responded with interest to new research which shows that the Caribbean could be on to a new source of fuel to power transportation, thanks to Sargassum seaweed.

That the research – supported by the Inter-American Development Bank – shows the fuel source as a possible means to not only help to address the high cost of imported fossil fuels to power cars but also as an answer to the increased influxes of Sargassum seaweed on local beaches is welcomed news.

“I am always very interested in research which is the scientific approach to informing decisions and am encouraged that increasing efforts are being made to convert this ‘nuisance’ (of Sargassum seaweed) and perceived danger to so many aspects of land and livelihood in the Caribbean into a useful product,” noted Eleanor Jones, a representative of the Private Sector Organisation of Jamaica and head of Environmental Solutions Limited (ESL).

“Sargassum is a real issue for the Caribbean. It poses problems for fisherfolk, boating, shipping channels and for the tourism industry with respect to beaches. The association with elevated sea temperatures as a consequence of climate change is likely to contribute to the growing proliferation of the seaweed in the Caribbean. However, some observations and studies have indicated that the sustainability of supply for some industries may be a challenge. The volume of occurrence is not always predictable,” she added.

The researchers looked specifically at the potential to exploit Sargassum seaweed that inundates the coasts of Barbados, along with locally produced wastewater from rum distilleries, to produce biomethane gas as an alternative transportation fuel via compressed natural gas (CNG) conversions of local gasoline vehicles.

They concluded that by “relying on experimental evidence, it shows that biomethane emanating from the combination of Sargassum seaweed that is found on the seashores of the country with wastewater from rum distillery production can be used to produce an alternative transportation fuel”.

Jones is also intrigued by the role of distillery waste.

“The use of rum distillery waste is also very encouraging as it is important to research and apply, where possible, solutions for managing pollutants. It will be interesting to track the progress of the research findings and how they may be applied to provision of clean fuel. Pilot applications could be enlightening. Congratulations to the Barbados team on this initiative,” Jones said.

“If findings are positive, there could be opportunities for replication in Jamaica. Research is ongoing for the handling of distillery waste, which is a major challenge for this vital industry to some Caribbean economies and especially Jamaica,” the ESL boss said.

“The successful link with Sargassum could be a trailblazing contribution to reducing marine pollution and to creating clean fuel for the transportation industry. Climate change mitigation requires that we enhance clean transportation initiatives, and handling waste is a promising source of revenue as we handle ‘waste as a resource out of place’,” she added.

There are, however, a few things that need to be thought through or otherwise addressed in order to appropriately exploit the resources. Not the least of these, as Jones noted, is Sargassum supplies.

“We have been exploring using Sargassum in biodigesters (mixed with pig slurry) to produce methane. The Scientific Research Council is doing the bench-top experiments for us. However, we were looking at household use (e.g., cooking lighting). The use for transport would require large quantities and constant supplies of Sargassum,” explained Professor Mona Webber, who heads the Centre for Marine Sciences at The University of the West Indies, Mona.

“So far, the Jamaican experience is that the seaweed does sometimes come in large quantities but is episodic. Furthermore, the potential to replace fossil fuel in the transport sector in the Caribbean would depend on the size of the country. This could possibly work in Barbados and other small islands of the Caribbean that are almost constantly inundated by Sargassum (being in its direct path), but may not work so well for Jamaica,” she added.

The researchers themselves have noted the need for further work, including the conduct of “estimates of the impact of the declining sugar cane industry on the release of wastewater from rum distillery in order to see whether this could have an impact on the amount of wastewater that will be produced, which is needed in the anaerobic digestion process that leads to biomethane production”.

Nonetheless, Webber said she was enthused by the new ways in which the seaweed is being looked at.

“I am excited finding ways to use Sargassum as it is a very valuable algal biomass with a range of potential applications. If our biomethane experiments work well, the biodigesters will also produce fertiliser, and many countries have used Sargassum compost or developed Sargassum fertiliser. However, I worry about converting cars to run on CNG that is dependent on Sargassum arrival. The ‘feedstock’ would have to be from a range of plant materials that include Sargassum,” she concluded.