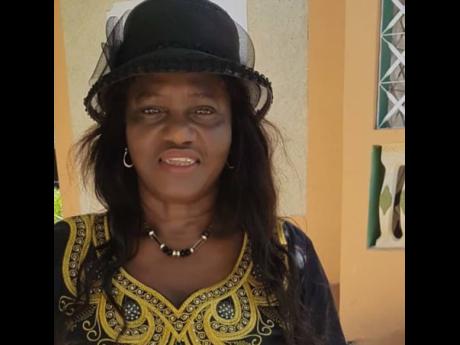 Caroline Gordon, a resident of Sandy Bay, Clarendon, is now trying to cope with raising two of her four grandchildren who she took responsibility for after their mother died in April.

Still grieving the loss of her daughter, Fiona Gordon, she also must ensure that the two children, ages 11 and eight, who are left in her care, are properly taken care of.

“I just leave everything in the hands of the Almighty you know, mi just tell him all a fi mi feelings and my needs. I pray to him and eventually, He gives me the faith and the strength to carry on mi little duties that we can eat food,” Gordon shared with The Gleaner. However, she said sometimes the bills are high, but on those occasions, she leaves them in the hands of the Lord.

With school resuming online for the new year this week, Gordon has the challenges that plagued her since they were forced to move online with classes since March 2020 – lack of gadgets and Internet.

“The online ting now mi nuh have the facility – Internet and tablet for them to use...,” she shared, as she noted that most of her resources were used up for expenses surrounding her late daughter’s burial.

For Gordon, she is now stuck between trying to secure gadgets and ensuring they are fed and taken care of.

“I can’t mek them hungry, I can’t mek them dirty, so mi affi mek sure dem alright. I don’t want them to stray and interfere with people things through wants, so mi haffi try and mek sure sey dem comfortable,” she stressed.

Gordon, who works as a security guard, said she only wants assistance towards her grandchildren’s education, as she explained that the 15-year-old, whose father died when he was two years old, is staying with relatives in Brandon Hill where he is attending Kellits High School. The fourth grandchild is now out of high school.

Gordon said she is desperately trying to locate the youngest grandchild’s father, who is a Caymanian.

Looking ahead, she said despite the challenges, she will continue to do the best she can for them as she ensures they stay out of trouble and fulfil their life’s purposes by growing up to get a job working with the government and supporting their country.