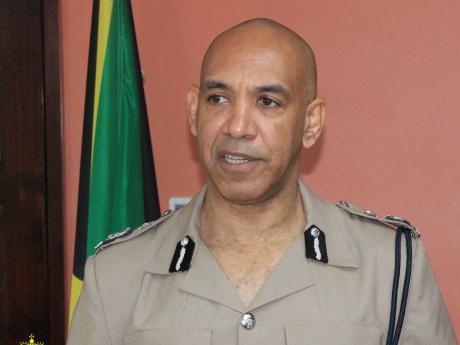 Anderson: When you listen to the lyrics of the songs being played in the background of the video it wasn’t consistent with what we would expect or anyone would expect from our police officers.

A number of cops are now facing disciplinary charges for their alleged involvement in a new social media craze.

The number of cops facing charges has not been disclosed by the Jamaica Constabulary Force (JCF).

The new craze involves videos posted on TikTok which appears to show members of the security forces dressed in full uniform and armed with assault rifles dancing to background music.

One video seen by The Gleaner shows two female cops lip-syncing and dancing to a song glorifying violence.

“Cock an' fire pull a gun like Remington. Fully charge up eager fi kill a man,” were some of the lyrics in the song.

Commissioner of Police Major General Antony Anderson disclosed today that he has seen “a number” of TikTok videos with police personnel.

Anderson said this was concerning.

"When you listen to the lyrics of the songs being played in the background of the video it wasn't consistent with what we would expect or anyone would expect from our police officers," he said.

“We also saw that in the videos the police officers had weapons on them and that's certainly not the image we would expect of our officers,” he added during a virtual press conference.

The police chief said in addition to disciplinary action, persons who appeared in videos will have to undergo remedial training if they are going to remain in the organisation, so that they are aligned in their mindset with the best values of the JCF.

He indicated, too, that the Police High Command has published guidelines in the Force Orders setting out how the issue will be dealt with going forward.